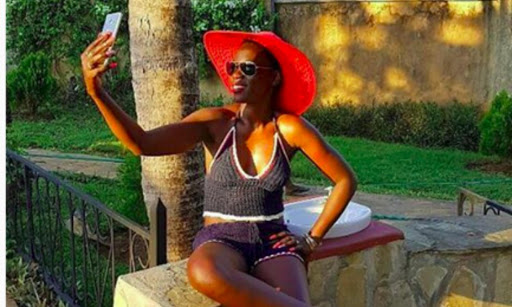 In the video, the "Sweet Love" singer revealed that she always begins by applying make up before looking for the best spot (in her house) where she can take a good photo.

Akothee said 'thirsty' men go through her Instagram page envying her lifestyle which often involves flying in business class, dining in posh hotels and what have you.

She also dismissed rumours that she is such a show off and a braggart saying she does this because she owns the things you often come across on her social media pages.

The singer further revealed that she would never date any man she meets on the internet reason being they only get to see her 'edited' life.

After applying make up, Akothee looks for the best part on her house then looks for a pose that will deceive men that she has a big 'nyash"

She then looks for an 'expensive' drink that will fool people that she is living large and voila!

Check out the video below with a light touch.