On a New Level! Victoria Kimani Reveals That There's No Kenyan Artiste She'd Love To Collabo With Again, Talks About Working With Kanye 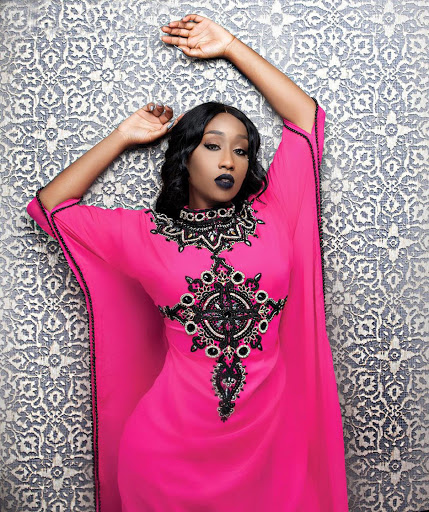 Victoria Kimani is a sensational singer who has become a bigwig in the African music scene over the years.

The American-born Kenyan singer is signed to Nigeria's Chocolate City, from where she has worked and released songs like; My Money, Show, All The Way, Mtoto, Two Of Dem and many others.

Victoria Kimani recently launched her much-anticipated debut album dubbed Safari, which has about 15 songs, with some of the tracks featuring some big artistes around Africa, who include; Vanessa Mdee, Ice Prince, Kuli Chana, King Kaka, Abbas Kubaff, Phyno just to mention a few.

The stunning singer has been in the country, to officially launch the much-talked about album and has been on a media tour to promote the same, and so far, she has received a warm reception, but you know haters will always have to come in somehow.

Kimani has in the past been accused of identifying herself more as a Nigerian rather than Kenyan, with some saying that her sound is more West African than from the East.

She has been trolled online so many times, but she always finds a way to clap back, and respond to Kenyans On Twitter who post negative comments about her or her music, and she never shies away from giving her opinion when she feels it's right.

Victoria Kimani has however never let the haters and negative comments put her down or get in the way of her career, and a year later, she has released her album. In the album, she has only collaborated with King Kaka.

Veteran Kenyan rapper Abbas Kubaff has also worked with the talented singer, where he wrote one of her popular songs from the album Gota. They have also dropped a collaboration titled Like a Moda. So which other Kenyan is she dying to work with?

During an interview with a popular website, Victoria Kimani was asked about which Kenyan artiste she would love to work with, and she candidly said that there's no one she's dying to collaborate with.

Kimani also revealed that some of the things on her bucket list is to get married, become friends with Beyonce, collaborate with Kanye West, go deep sea diving and open a lot of children's homes in Africa. Amazing!