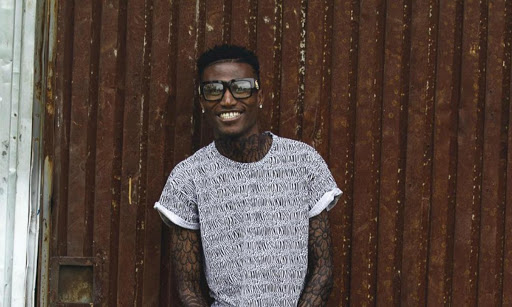 Some men like are part of the P2 Battalion but not Octopizzo!

Octopizzo has revealed his small son whom he has kept from the public eyes for a long time now. The Kenyan rapper who now has four children each one with different women has taken to social media unveiling his other son whom he does not place in the limelight, unlike his other kids.

Octopizzo has amazing kids and through his social media pages, it is evident how proud he is to be a Dad. The 'Number Nane' loyal citizen has two gorgeous daughters -  Tracy and Zara - who are all over his social media pages. He is not shy to express his love for them.Well, Octo has a son whom he calls Young Flaco, an adorable young kid who just might take over his father's music career.

I wonder why the Utanisho hit maker kept him from the public all this while.

Octo, who is a hip hop artist and a founder of Octopizzo foundation has been doing well in the rap industry since his debut and is rated as one of the best rappers in the country. Henry Ohanga as he is officially referred to as, was shaped by his life in the slums of Kibera but was musically influenced by artists such as Jay Z, Nas, Biggie and 2Pac.