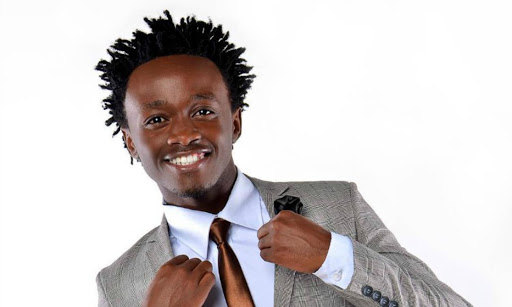 Eastlando's most beloved has done it again. Bahati who is Kenya's celebrated gospel artist has deleted his social media account again.

9 months ago Bahati had done the very same thing. Well, he did not explain why he has did this to his fans but we have you covered and here are the reasons he did it in the past.

They Are Plotting To Destroy Me

Mtoto wa mama citted allegations that his fellow gospel artists were after him. The Maria hit maker was allegedly said to have gone into hiding before he released his Itakua Sawa hit song. According to Bahati, his enemies had plotted his downfall that saw him take that move.

They Are Jealous Of My Awards

Bahati who won his first groove award barely few months in the music industry had then cited that the petty fights with his fellow artists  was the reason why he intended to make his life private by deleting all his social media accounts.

I Am Loved By The Industry

Many Kenyan artists including secular ones were shocked with the move while his fans were left with mixed reactions over what had gotten into this Mapenzi singer. According to Bahati, this season taught him love and forgiveness for his then gospel artist enemies. He is evidently one of the most loved artists in the country.

They Are Including My Kids

Bahati said that his kids had been affected by the criticism from his fellow gospel artists and from social media which also made him take that action.

The 23 year old who is a father and an award wining gospel artist has now deleted his Instagram account that has left  over 400 thousand followers in question over what is happening to this Visa artist. Kevin Bahati is well known on Instagram which has earned him followers from all over Africa. Bahati is however said to have patched up things with some of his fellow gospel artists.