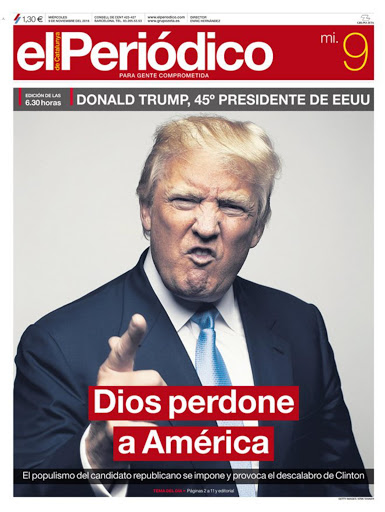 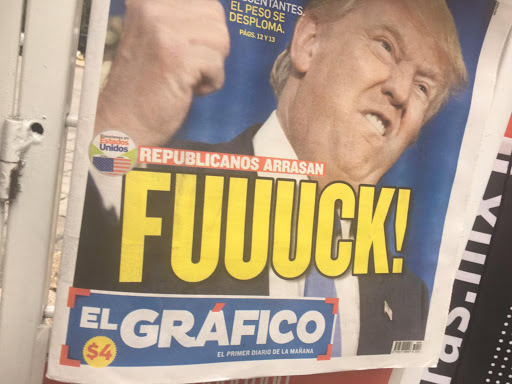 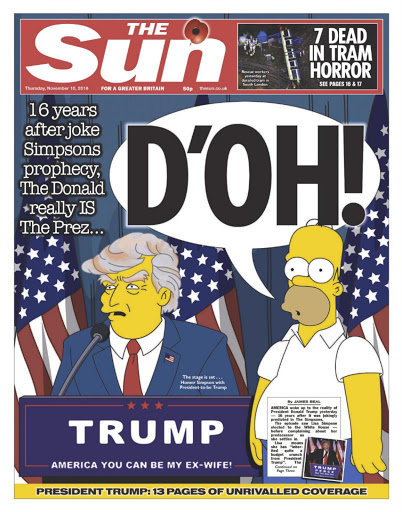 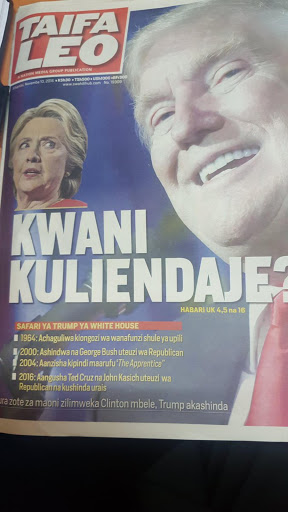 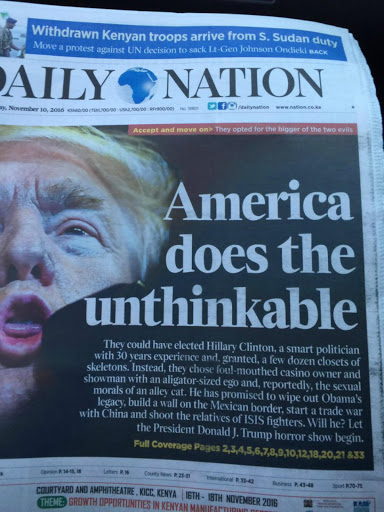 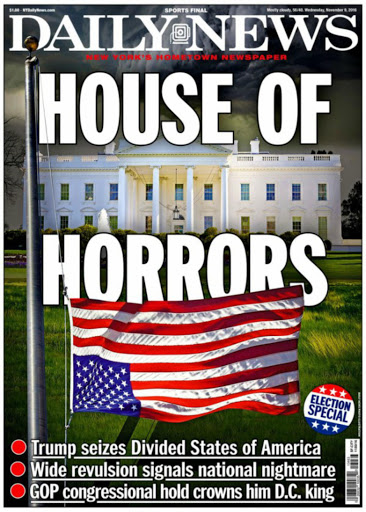 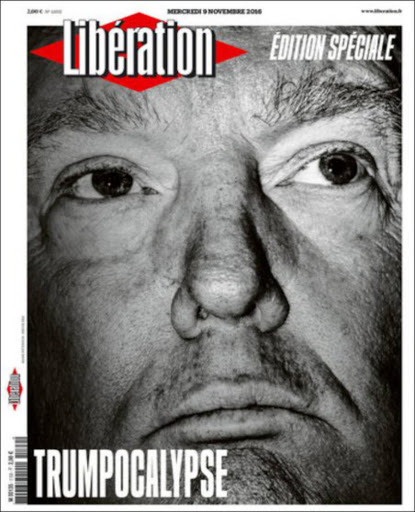 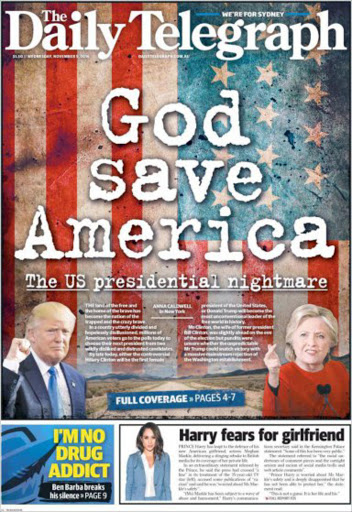 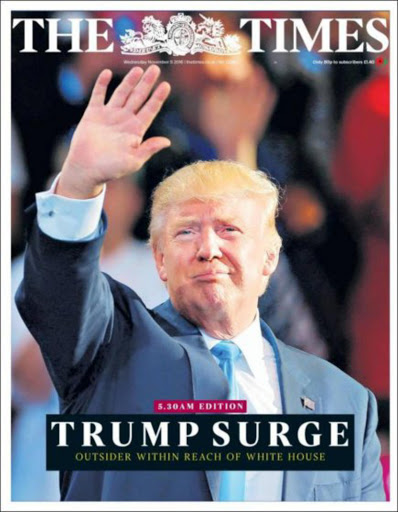 Donald Trump's victory in the just concluded U.S presidential elections caught many of us by surprise. Hillary Clinton was widely tipped to be the 45th president of the country but this was not to be.

Newspaper outlets across the world have their printed reactions to Trump's win across their front pages, with many expressing shock at one of the biggest surprises in modern political history.

Here are some of the front pages that stirred controversy:

2. The Sun - they decided to take us back to 16 years ago when Trump was depicted as the president of the USA on "The Simpsons".

3. Daily Nation - they went all ham describing Trump as a "foul-mouthed casino owner and showman with alligator-sized ego and reportedly, the sexual morals of an alley cat."