"Timmy Dat Got PHYSICAL With Me And We Are DONE!", Declares Woman Who Nyemelead Kristoff 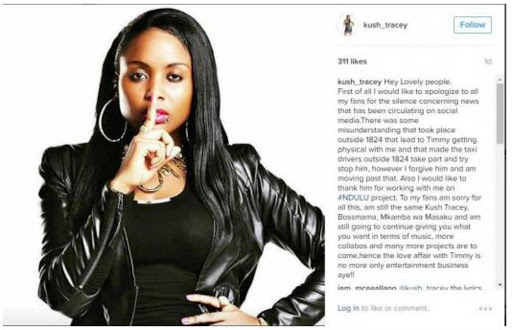 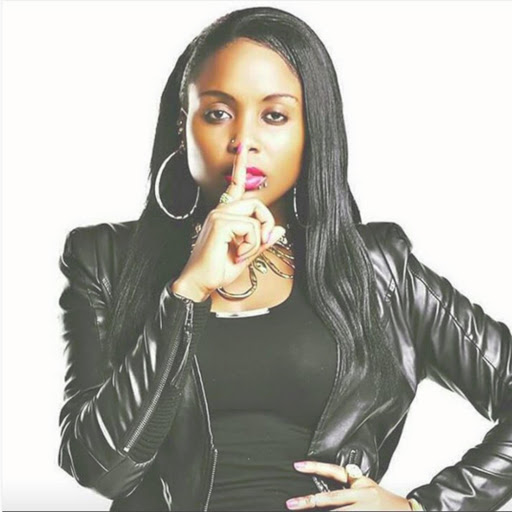 Barely six months after Betty Kyallo and Dennis Okari parted ways, decorated celebrity couple Timmy Dat and Kush Tracey have also called it quits after being together for quite a while. Last weekend, Timmy was given a dog's beating  by a local politician at a popular bar along Lang'ata Road after he confronted him for having an affair with Tracey.

The embarrassed politician, who is said to have been dating Tracey for quite a while, has remained silent and hasn't commented on the matter but the vocal lady, has come out to officially announce that she is no longer in love with Timmy even after he "took care" of her when they were injured as a result of a road accident.

Anyway, here is what Kush Tracey had to say

First of all I would like to apologize to all my fans for the silence concerning news that has been circulating on social media.There was some misunderstanding that took place outside 1824 that lead to Timmy getting physical with me and that made the taxi drivers outside 1824 take part and try stop him, however I forgive him and am moving past that. Also I would like to thank him for working with me on #NDULU project.

To my fans am sorry for all this, am still the same Kush Tracey, Bossmama, Mkamba wa Masaku and am still going to continue giving you what you want in terms of music, more collabos and many more projects are to come,hence the love affair with Timmy is no more only entertainment business aye!!"