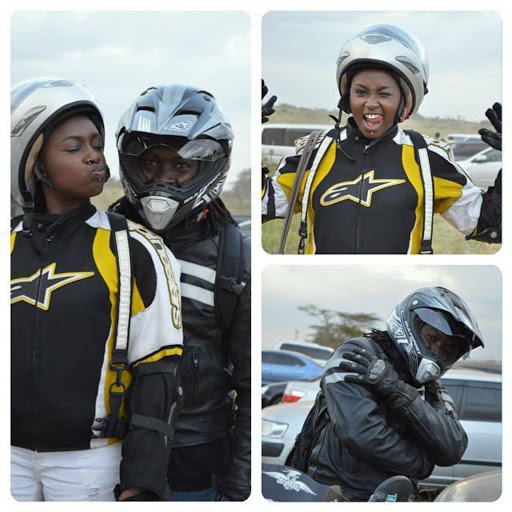 Kevin provoke is one of kenya's most talented producers around. Sadly however, he keeps ending up in the headlines for all the wrong reason. Last month, he was accused of attacking an artist he briefly dated and now, rapper Xtatic is telling him off for constantly talking and complaining about the artist whose name is Mumbi.

Xtatic has taken issue with the fact that he is still "maligning Mumbi" and she has taken to her social media profile to attack him about the same. This is what she had to say:

HANDLE YOUR DOMESTICS YOUR OWN DAMN SELF

Stop making calls to everybody about and MOVE ON!!!!!!!you know what happened even if you want to convince the whole world to depend on only your side of the story. Everyone has moved on,no one is talking about it,it's only on you to do the same.

Also Stop with the Xtatic this Xtatic that. My loyalty is to honest and genuine people.i can't deal with liars. STOP LYING TO PEOPLE AND WORK on yourself.

You have been credited to being one of the best producers in Kenya if not East Africa (which I agree) keep up with the good work.

Ps: if you are going to be BITTER about me visiting Wangeci and tell people I talk bad about her,first off I AM NOT YOU who has that habit and second please Make sure the people you tell that, have heard me talking smack and can confirm. instead of spreading lies like you always do.she still remains a dear friend and more than once have I supported her music.and most of all we as people who know her are trying to help her recovery be as smooth as possible.

I have no beef with you

I'm just tired of you running around and acting immature instead of doing something better for yourself.

You destroyed your own reputation yourself we have no hand in that and people who know the truth almost think you are crazy trying to convince them that the Blame is not always and close to NEVER YOURS. Since ofcourse you falling out with artists has become almost normal,not once ,not twice ,not even thrice and ironically according to you ,it's never your fault.

Remember: never trust a person who keeps blaming everybody else for his/her own mistakes.

I am not perfect I have my own mistakes and not many times will I point my finger on this or that person.

BE A MAN AND EVALUATE YOUR LIFE!

Stop making calls to people feeling that exposing people with lies secretly gives you the right and evidence to say You did not say or do that.

When I contacted Kevin Provoke for a comment all i could get out of him was: