Khan died in December after a domestic squabble.

• Khan, also a rally driver is alleged to have had a fight with Wahome.

• The matter will be mentioned on January 30 for the prosecution to confirm whether the investigations will be complete. 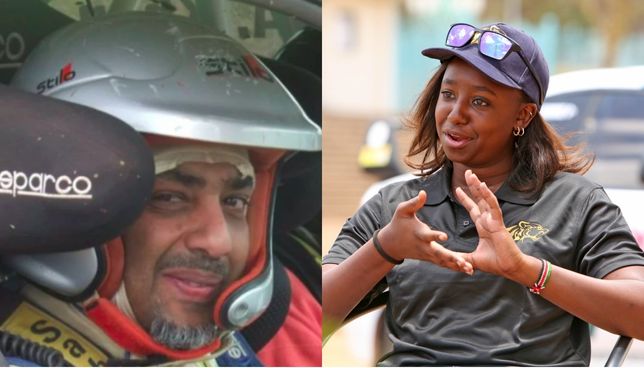 Asad Khan and Maxine Wahome. Khan has died after a domestic spat between him and Maxine.
Image: TWITTER

Celebrated rally driver Maxine Wahome might be charged with the murder of deceased boyfriend Asad Khan.

Khan died in December after a domestic squabble.

Wahome who is out on bond appeared before trial magistrate Bernard Ochoi for the mention of her case on Thursday.

She was first brought to court when the incident happened before Khan passed on.

At the time police were investigating grievous harm charges against her.

Khan, also a rally driver is alleged to have fought with Wahome.

The fight allegedly led to him sustaining injuries and losing a lot of blood that may have led to his death.

The DPP through state counsel James Gachoka has requested the court to grant them 14 days to conclude investigations in the matter.

Gachoka said the investigating officer had not received the DNA results of the case and they needed two weeks to complete investigations, now that the victim has since passed on and they are no longer investigating assault but murder.

Through her lawyers, Wahome requested the court to vacate the orders by the court that had directed her to appear at the police station every Thursday to help with investigations.

However, Ochoi dismissed the request saying that the two weeks requested by the DPP to complete investigations cannot jeopardise her.

She further objected to lawyer Cliff Ombeta appearing in court to represent Khan’s family saying it’s too early for him to be in the matter since she has not been charged.

This was after Ombeta wanted to make submissions on behalf of victims in the matter.

However, the magistrate in his ruling said Ombeta had only indicated to the court that they are not participating in investigations but only pointing out areas of concern to be investigated.

He, therefore, allowed the victim's lawyer to make his submissions.

Ombeta in his submissions said he has been instructed by the family to watch brief in court and he concurred that further investigations need to be carried out in the matter.

He said they have written to the DPP to direct the investigating officer in the matter to probe some areas, which they feel were not properly covered.

The matter will be mentioned on January 30 for the prosecution to confirm whether the investigations will be complete.

Khan had been admitted there after losing lots of blood following injuries he suffered in his Kileleshwa house in an altercation with his girlfriend ...
News
1 month ago

Maxine is out on a Sh100,000 cash bail following a court order and is supposed to report to the police on Thursday, December 22 for further grilling.
Entertainment
1 month ago

Veteran rally driver Asad Khan has passed away. The family confirmed that he died at Avenue Hospital, where he has been undergoing treatment.
News
1 month ago

The cause of argument between Maxine and Asad Khan revealed

Maxine had apparently been out hanging with friends on Monday night and arrived home early on Tuesday, which according to police, upset her boyfriend ...
News
1 month ago