Police are seeking to hold him for five days.

• He was arrested by a multi-agency team who responded to the scene after receiving information that there was a terror threat at Holy family basilica. 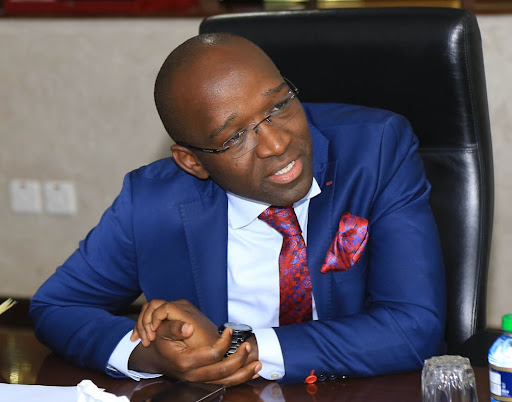 The Anti-Terror Police Unit (ATPU) has made an application to hold Standard Group Chief of Staff Laban Cliff Onserio in custody for being found with an explosive at a church on Sunday.

According to court documents, Onserio who was presented at the Kahawa law court on Monday was found with a grenade at the Holy Family Basilica parking lot.

Police are seeking to hold him for five days.

In an affidavit by PC Vincent Mutai, the police claim that Onserio was found with the explosive in his car and he was allegedly threatening members of the public with an imminent attack using the device.

“The respondent is a journalist and owner of motor vehicle registration number KDE was arrested yesterday at the Holy family basilica basement following an incident and was in possession of a flash-bang training system model 7290T. He threatened the public while holding the said grenade,” reads court papers.

He was arrested by a multi-agency team who responded to the scene after receiving information that there was a terror threat at Holy family basilica.

“He had not made a declaration to the security guards that he was in possession of the flash-bang training system grenade,” reads court papers.

Police suspect he is in possession of more flash-bang grenades which the investigating team requires more time to obtain search warrants to recover.

“Investigations have revealed that Onserio acquired illegally the device from a British national,” Mutai claimed.

The state has further urged the court to grant them time because the investigations are complex.

Police believe that the Onserio has other associates who are yet to be apprehended and Mutai says their arrest is being vigorously pursued by the security agencies both within and outside the country.

On Sunday,Nyaboke  surfaced for the first time since the incident which happened in Kisii.
News
1 month ago

Maxine is out on a Sh100,000 cash bail following a court order and is supposed to report to the police on Thursday, December 22 for further grilling.
Entertainment
1 month ago
WATCH: For the latest videos on entertainment stories