3rd suspect in the murder of Chania's husband arrested

An autopsy revealed that the Kiambu-based businessman revealed died of blunt-force trauma to the head.

• George Mwangi was murdered in his house before his body was dumped at Kieni forest.

• He was buried last month at his home in Mangu. 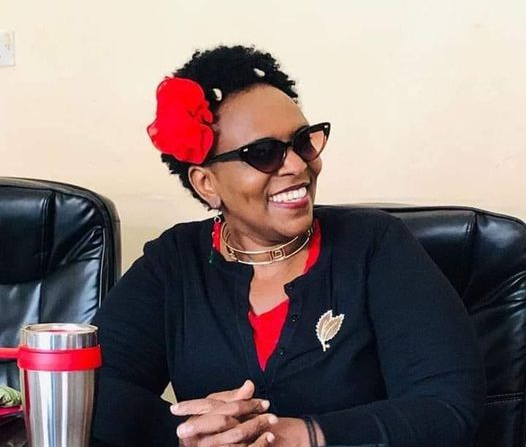 Gladys Chania. The former aspiring Kiambu Women Rep was arrested over the murder of her husband George Mwangi.
Image: Twitter

A third suspect in the murder of Rwanda-based businessman George Mwangi Kamau has been arrested.

The suspect, John Muikiriria Mwangi, was arrested at Karinga in Gatundu South subcounty. He is said to have gone missing the same day as the deceased.

The detectives found it was too much of a coincidence that the second accused, Morris Kamau Mbugua, was hired on October 8 by the main suspect Gladys Njeri Mwangi (Chania).

This was a day before the death and disappearance of the deceased while the third suspect went missing on the same day.

Chania said John who had worked at the home for four years allegedly failed to return home after she sent him to deposit some money on M-Pesa.

A prima facie case was established against the accused, the main suspect Chania and Mbugua who were charged on November 2, at Kiambu law courts.

After conducting a thorough forensic documentation of the deceased’s house in Mang’u, detectives based at the Crime Research and Intelligence Bureau, Homicide department, Forensic Crime Scene and Photographic units concluded that Mwangi was murdered in his house before his body was dumped at Kieni forest.

The autopsy of the the late George Mwangi has revealed that the Kiambu-based businessman revealed died of blunt-force trauma to the head.

This according to an exercise performed by government pathologist Johansen Oduor, which revealed that the late Mwangi was hit severely on the head by a blunt object.

Members of family related to the late recounted that injuries on his body showed he met his death in a terrible manner with injuries on his fingers, which might suggest Mwangi went down swinging.

"Pieces of blood stained metal rods, blood soaked bed sheets, stained curtains and clothing were part of the exhibits that were recovered in the house by the sleuths based at the DCI National Forensic Laboratory."

"Detectives based at the Crime Research and Intelligence Bureau, Homicide Department, Forensic Crime Scene and Photographic units have concluded that he was murdered in his bedroom on the top floor," DCI stated then.

Kiambu politician Gladys Chania, to be detained for 7 days over husband's murder

Former aspiring Kiambu Women Rep Gladys Chania will be detained for seven days as investigations into her husband's murder continue.
News
1 month ago

Mwangi’s body was taken to General Kago Mortuary in Thika,
News
1 month ago
WATCH: For the latest videos on entertainment stories