'This is a criminal matter,' Noti Flow on what happened to King Alami

The rapper has appealed for medical help for King Alami

• Noti Flow has said that she still isn't sure about what happened to King Alami.

• She strongly hinted that it might be criminal in nature. 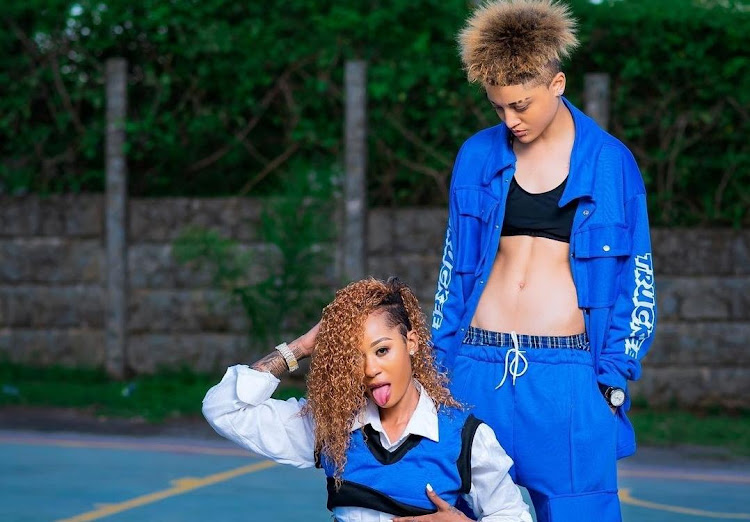 Noti Flow with King Alami. The 'Foto Moto' singer has appealed for financial help for her ex-girlfriend
Image: Instagram

Early and unconfirmed reports at the time claimed that the light-skinned Alami might have fallen from a highrise building in the wee hours of Friday morning.

Since then, the only news  that has been revealed has been by Noti Flow who has been giving fans regular updates on her Instagram page.

In the post, she shared a flier which revealed that Alami had been admitted at the Kenyatta National Hospital.

In another subsequent post, Noti then disclosed the reason she couldn't speak on the matter was that what had happened to Alami was a criminal matter which the police were investigating.

"I understand y'all are concerned and would like to know but my hands are tied. This is a criminal matter and I don't want to interfere with police investigations."

She added that she herself also wanted to know what had really transpired on that morning but that her biggest concern right now was 'Armaan's recovery and discharge'.

She then added that she hoped that justice would prevail and that if anyone had been involved in causing Alami's plight, they would get their just rewards.

"I hope karma catches up with them," she prayed.

Whatever really happened to King Alami is still up in the air as Noti rightly said in her post. We will learn more in the future as the police investigate and facts are unearthed.

What we are sure about is that Alami needs our financial help right now. If you have something, please send it to the paybill in the post above.

'No one cares if they are dating,' Nasra hates on Noti and King Alami

Vera Sidika has reduced her big assets and rapper Noti Flow is laughing at her while bragging about her 'petite' body.
Entertainment
2 months ago