• He was already under house arrest for threatening her. 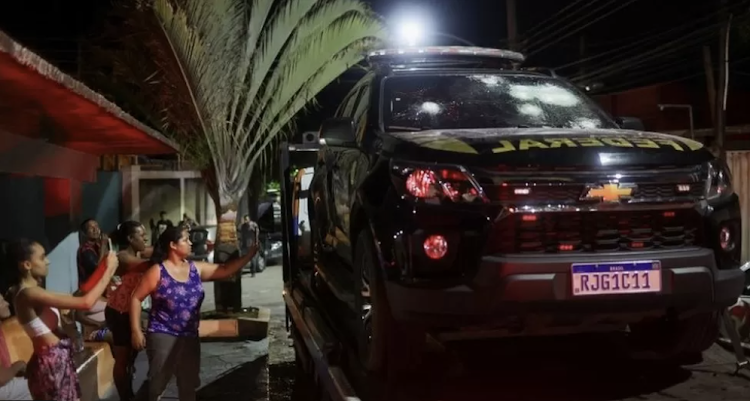 A police car with a shattered windshield was towed away after Sunday's incident
Image: Reuters

A Brazilian politician is in custody after throwing grenades at police officers who came to his house in Rio de Janeiro state to arrest him.

A Supreme Court judge earlier ordered his detention for insulting Chief Justice Carmen Lucia. He was already under house arrest for threatening her.

Mr Bolsonaro reacted by saying those who fired at police should be arrested.

The two officers were wounded by shrapnel from a grenade during the attack in Levy Gasparian, north of the state capital Rio de Janeiro. They were taken to hospital and later discharged.

Mr Jefferson, the 69-year-old former leader of the PTB political party, also fired a number of shots from a rifle, shattering the windshield of a police car.

Supreme Court Judge Alexandre de Moraes had ordered the politician to be detained on the grounds that he violated the conditions of house arrest.

Mr Lula - who is still seen as the front-runner - fell short of the 50% of valid votes needed to prevent a run-off in the first round earlier this month.

An armed police officer, acting rowdily and threatening an unspecified person in a video has been reprimanded.
Lifestyle
1 month ago

The four police officers from the disbanded Special Services Unit (SSU) have finally spoken since their arrest yesterday.
Crime
1 month ago