I know who ordered the killing of Jacob Juma - Lawyer Ahmednasir

• Juma was killed by unknown people on May 6, 2016, while driving through Lenana School in Nairobi.

• Ahmednasir added that Juma met his death after leaving his office. 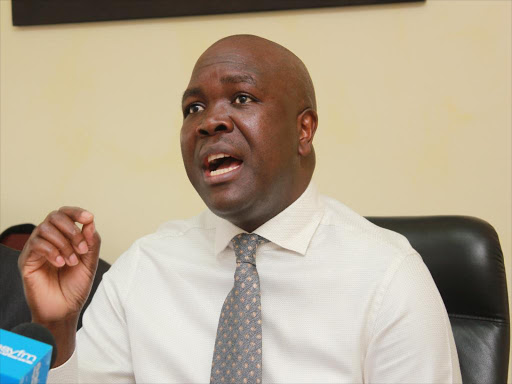 Lawyer Ahmednasir Abdullahi claims to have information on who ordered the assassination of prominent businessman Jacob Juma.

Juma was killed by unknown people on May 6, 2016, while driving through Lenana School in Nairobi.

Ahmednasir said the cold-blooded murder was by a killer squad that used to torture Kenyans which according to him was a policy.

Ahmednasir added that Juma met his death after leaving his office.

"Jacob Juma was killed by this team after he left my office on that fateful day. I know who ordered his killing!" Ahmednasir said in a tweet.

The then Nairobi CID boss Ireri Kamwende said the businessman was driving from his bar at around 9.30 pm when he was shot by gunmen who escaped on a motorbike.

His car had about 10 bullet holes.

Two years before he was killed, Juma had sued a Nairobi man for plotting his death.

He produced phone records and testified in court how the man also threatened him verbally. The threats began with a phone call.

"I received a call from a man who informed me that another man had requested my number," Juma told the court.

He said, he was at his kitchen balcony, which faced the T-junction on Brookside Drive when he saw a Toyota Landcruiser with some men inside.

He told the court that he then saw one man alight from the car and others who were all dressed in suits. The group of five conversed for a moment.

"I called an officer, Ali from Spring Valley police station, and informed him that some people had come to kill me," Juma told the court.

During Juma’s killing, neither his two phones, an expensive Rolex watch, nor money, was stolen, pointing to an assassination or revenge attack.