The vocal MP is widely known for his controversial statements

• The late Peter Mbolu Musyoka was the returning officer at Embakasi East Constituency.

• The body of the officer was found in Kilimbero forest by herders. 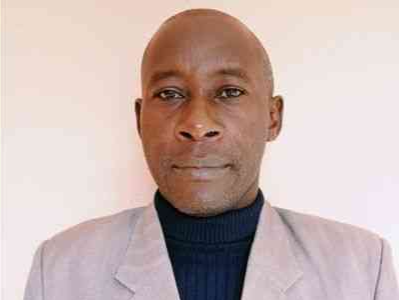 Embakasi East Member of Parliament (MP) Babu Owino has sent a message of condolence to the family and friends of IEBC returning officer Peter Musyoka Mbolu.

Taking to his official Twitter handle, Owino called upon detectives to speed up investigations into the mysterious murder of the IEBC officer.

I am saddened by the death of former Embakasi East constituency IEBC Returning Officer Mr . Musyoka. I send my condolences to the family, friends, and Colleagues of the late Mr. Musyoka. I urge the relevant authorities to conduct thorough investigations and bring the culprits to book.

Mr. Musyoka who was the returning officer in Embakasi East Constituency was found dead on Monday in Kilimbero forest, at the foot of Mt Kilimanjaro by herders.

He went missing on August 11, under unclear circumstances while on duty.

His lifeless body is being preserved at the Loitokitok Sub County hospital in Kajiado as DCI officers commence investigations into the murder.

Preliminary reports details that the late Musyoka seemed to have been tortured to death.

My condolences to the family of IEBC returning officer for Embakasi ECst constituency, who was abducted, tortured and murdered by...my preliminary investigations show that the murder was part of the plot to rig elections.

Devastated that the missing IEBC RO has been found murdered in a forest. I remember Mbolu as a diligent officer who dedicated his life to public service.

I send my deepest condolences to his family, friends & colleagues. A public inquest into his death is urgent.

In 2017, another IEBC official Chris Msando was killed days before the general election. Msando was discovered next to the corpse of a woman identified as Carol Ngumbu.

He was the ICT manager at IEBC – in charge of Kenya’s computerized voting system.

Wafula Chebukati , the IEBC chairman now says two of his commissioner and IEBC CEO are injured and currently receiving treatment in hospital.
Politics
5 months ago

According to a report in the Standard, police have discovered CCTV footage that shows the last moments of Daniel Musyoka, the missing Embakasi East
Crime
5 months ago

The four IEBC commissioners who disapproved of the presidential election results on Monday have provided justifications for their actions.
Politics
5 months ago

Click here to edit thCheck out the latest news here and you are welcome to join our super exclusive Mpasho Telegram group for all the latest and breaking news in entertainment. We would also like to hear from you, WhatsApp us on +254 736 944935.is text.