Turning in her grave! We need justice for baby Pendo

Piece by: KNA by Chris Mahandara 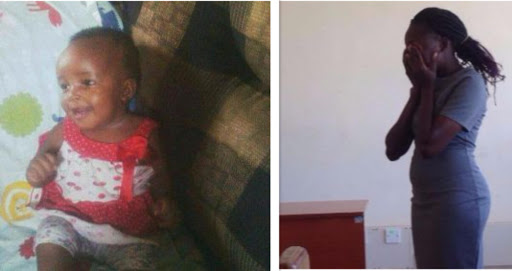 Human rights activists have asked the Office of Director of Public Prosecutions (ODPP) to take action against police officers implicated in the 2017 killing of 6-month-old baby Samantha Pendo in Kisumu.

The incident happened in the sprawling Nyalenda slums after protests rocked the lakeside city following the annulment of the 2017 presidential election.

A Kisumu Court in 2019 found five senior police officers culpable for Baby Pendo's death and directed the ODPP to take legal action against them.

Baby Pendo met her tragic death after police officers reportedly smashed her head while her mother, Lencer Awino at their Nyalenda house, cradled her.

Amnesty International Executive Director Irungu Houghton said it was unfortunate that two years after the ruling, the family of Baby Pendo was yet to receive justice.

Irungu and other activists who visited the family in Nyalenda on Friday accused the government of dragging its feet on the matter.

"Baby Pendo would have turned five this year and in many ways for this family it is a constant reminder that this country failed them at a time they needed our protection," he said.

Kenyans, he said, were concerned at the slow pace of execution of cases with matters touching on violation of human rights dragging in court.

With 17 days left until the general election, Irungu asked the ODPP to expedite the case and others which are still pending for justice to be served.

His sentiments were echoed by human rights defender Boniface Akach who said many Kenyans were living in fear as the next general election draws near.

“We are here at Baby Pendo’s home in Nyalenda and we have just learnt that her parents moved homes in anticipation of violence after the elections," he said.

The government, he said, must move with speed and ensure that no Kenyan goes through what the family of baby Pendo went through because of elections.

Joseph Abanja, Baby Pendo’s father said the decision to move houses was out of fear since the family was yet to heal from the events of 2017.

He urged Kenyans to maintain peace during the elections and at the same time called on politicians to accept the outcome of the exercise.

'Baby, Pendo grabbed and held me so tight,' minutes before she went into a coma, cried mum