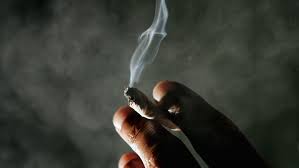 A Narok court has sentenced a man to two years imprisonment after he admitted trading Cannabis Sativa (bhang).

Joseph Njuguna was handed the jail term by Senior Resident Magistrate Daniel Ngayo after he pleaded guilty to being in possession and selling the illegal substance.

The court was told the accused was arrested on March 27, 2022 at Borana Wines and Spirits shop along Nyawera road in Narok town by police officer acting on a tip off from members of the public.

He was arrested while in possession of 56 rolls of Cannabis wrapped in a nylon bag that was placed in the pockets of the jacket that he had intended to sell to the members of the public.

The bhang rolls were presented in court as exhibits and taken to the government chemist for a test analysis, which confirmed that indeed the substance was Cannabis.

The accused also agreed with the prosecution team that indeed it was Cannabis Sativa and pleaded guilty to the charges laid against him.

In mitigation Njuguna pleaded for leniency saying he sold cannabis to feed his young family that totally depended on him.

“I have a wife and a young child who depend on me to pay house rent, buy food and clothing since his mother passed on in the year 2018 after she suffered a stroke,” said Njuguna, pleading with the court to pardon him.

He reiterated that the months he has been in remand custody, he has learnt that cannabis has been destroying many people’s lives and vowed not to repeat the offence again.

The magistrate while considering the mitigation handed him a sentence of two years effective from the day he was first brought to court on 29/03/2022.

The illicit liquor had infiltrated markets, threatening the lives of the consumers, especially in Ol Kalou, OlJororok and Mairo Inya townships.
Crime
4 months ago
WATCH: For the latest videos on entertainment stories