Piece by: By Nyandarua KNA 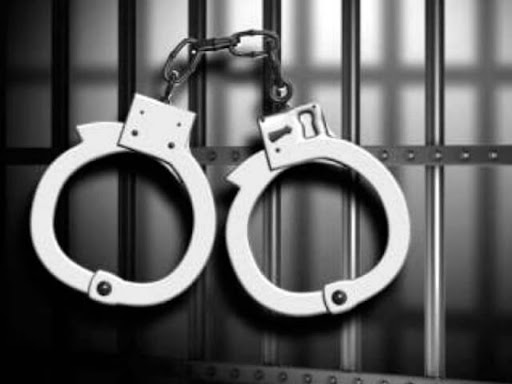 Security agents in Ndaragwa, Nyandarua County have seized a consignment of illicit liquor manufactured on a large scale, in a homestead.

During the raid at Murereshwa village, 800 litres of suspected ethanol was also seized alongside counterfeit Kenya Revenue Authority stamps.

The multi-agency team comprising of the DCI, KRA and police officers swung into action after a tip off from the locals who suspected dubious activities in the enclosed compound.

Ndaragwa Deputy County Commissioner Walter Ngaira said the trader who was still at large, packaged the locally made liquor in her house, and is suspected to be a major distributor in major towns within Nyandarua and Laikipia counties.

He said that the manufacturer had taken advantage of the dry season in the area, to hide ethanol in hay stacks for transportation, making it hard for law enforcers to detect.

Nyandarua County Police Commander Omar Arero, while vowing to crackdown on all the illicit brew dens and rogue manufacturers, said the owner of the homestead was being pursued.

He regretted that the illicit liquor had infiltrated markets, threatening the lives of the consumers, especially in Ol Kalou, OlJororok and Mairo Inya townships.

The KRA officials regretted the revenue lost through the duplication of a single KRA stamp onto a roll that was used to authenticate the products, noting that stamps were not official.

Among the assorted drinks seized included

Other items recovered in the same house included:

Lavington drama! Man shoots himself over failed reconciliation with wife

And after he got a negative response from the woman, he apparently reached for his pistol and shot himself in the chest as those present scampered ...
Crime
3 weeks ago

Police in the Monica Kimani murder trial have discovered a link between Joseph Irungu, also known as Jowie, and a mysterious Recce Squad
Crime
3 weeks ago
WATCH: For the latest videos on entertainment stories