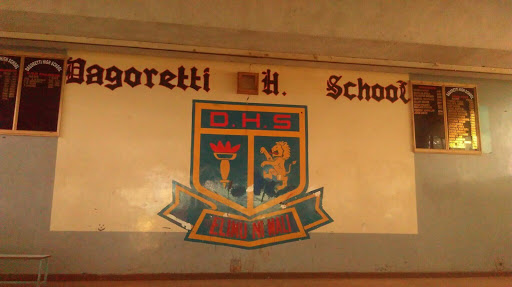 Police have been posted to Dagorreti high school in Nairobi following tension between students over religious beliefs.

The board of management has been called to the school for discussion on the way forward.

A pistol that was recovered from three lynched suspects has been confirmed to belong to the police.

The Jericho pistol had been stolen from a police officer in Parklands, Nairobi in 2019 after he was stupefied.

The weapon was recovered from three suspects who had been lynched by a mob after robbing a Mpesa attendant in Marurui area, along the Northern bypass.

The suspects had robbed the attendant and tried to escape when an alarm was raised alerting the public.

IN OTHER CRIME NEWS:

A special squad has been posted to Nakuru to pursue a gang behind a series of attacks that have been experienced in the area.

So far 27 suspects have been arrested in connection with the spate of armed robberies that have been reported in the city in the last few days.

Crude weapons including machetes, clubs, swords, metal rods and pieces of wood were recovered from the thugs, who have left Nakuru residents living in fear of being attacked.

The rest of the suspects were arrested in a separate operation conducted are ages between 20 and 30.

Detectives are warning the remaining thugs to surrender.

20 revellers collapse and die in nightclub

Eyewitnesses said that bodies were lying inside the venue as if they had collapsed on the floor.
Crime
1 month ago

Here is a list of hitmen and the assassinations they carried out and they are yet to be arrested and brought to book for their crimes.
Crime
1 month ago