Her body was discovered in her home days later

• Police reports indicate that the late Waruguru is said to have been living with her inlaws since her husband died about 3 years ago. 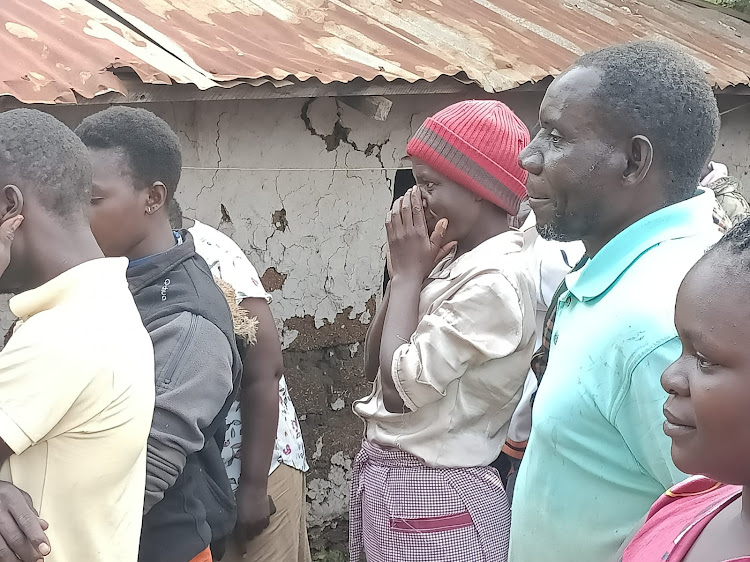 Police in Mwea, Kirinyaga County have launched investigations into the cause of deaths of two inlaws who were found dead on Saturday morning.

According to area police boss Daniel Kitavi, the bodies of Simon Muriithi,55 and Jane Waruguru, 50 were discovered by neighbours while on the verge of decomposing inside two separate houses within the same homestead.

The OCPD told the star on the phone that the state of the two bodies was a strong indication that the two died 3 to 4 days ago.

"This morning we received a report from a village elder from Mwathani village who informed us of two bodies that were discovered lying dead in two separate houses within the same homestead.

The bodies were almost decomposing and as such had started reeking and attracting flies. This got the neighbours curious who in turn trespassed into the homestead only to discover the two lifeless bodies."

He revealed that the woman had suffered serious injuries on both her hands and legs while the man's body had minor injuries.

"We have opened investigations into the circumstances surrounding their deaths in a bid to know who the perpetrators are and the motive behind the inhumane act."

Police reports indicate that the late Waruguru is said to have been living with her inlaws since her husband died about 3 years ago.

Nothing much is known about the Muriithi's wife as she was nowhere to be found at the time of the discovery of the bodies.

The discovery of the bodies threw the quiet village into shock and mourning as they demanded justice for the two. Neighbours expressed their shock over the incident saying their village has never registered such a bizarre incident.

They now want the authorities to hasten their investigations so as to bring to book all those implicated with the murder.

"The manner in which the two were murdered is very brutal and shocking to us. The two seems to have been killed while in their houses because inner wear suspected to have belonged to the deceased woman was discovered near her body. This seems like an outsider planned and executed the murder," said a neighbour.

Another neighbour said the two were industrious in their respective casual jobs and lived in harmony with the villagers thus their deaths were still a mystery.

"We want answers into what caused their deaths and this should not go unpunished. We have never seen in this village such a barbaric act meted on a fellow human being," another neighbour said.

The bodies of the deceased were moved to Kerugoya Referral Hospital morgue awaiting postmortem.

"I want to rectify and make it known that she is not a mother of my children. I am the one who loved her with her kids. I have my baby mama who gave ...
Entertainment
5 months ago

Here is a list of hitmen and the assassinations they carried out and they are yet to be arrested and brought to book for their crimes.
Crime
5 months ago

Witnesses who survived the incident said one gunman jumped out and walked to where the driver was and shot him six times before he ran back to the ...
Exclusives
5 months ago
WATCH: For the latest videos on entertainment stories