• The gang leader and four other suspects are at large amid a police hunt on them with the weapons they have been using to attack locals.

• Police changes are in the offing in the area amid calls for more patrols. 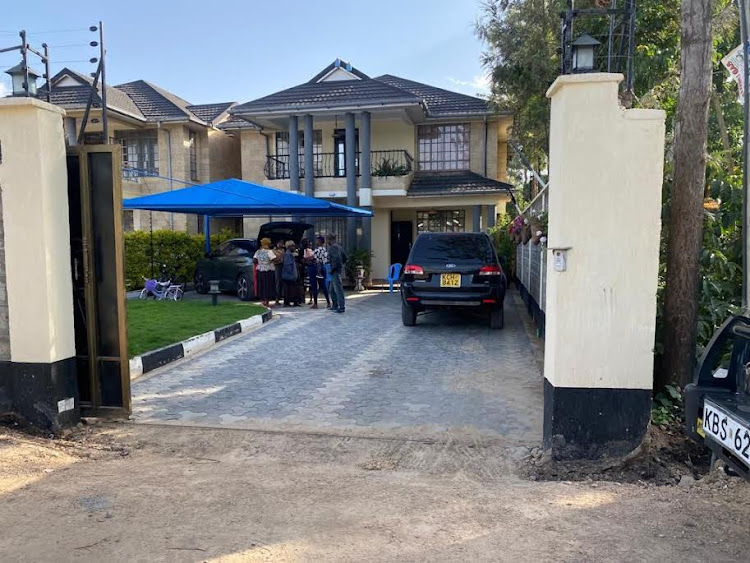 Two more suspects linked to a bizarre attack on a female motorist in Ongata Rongai, Kajiado County, have been arrested.

The two were traced to a hideout in Kawangware, Nairobi. They have told police that they were at the scene of the incident, an officer aware of the probe told the Star.

However, a prime suspect believed to be the head of the gang behind the attack and others that have happened in the area is yet to be arrested.

The gang leader and four other suspects are at large. Police are also searching for the weapons they have been using to attack locals.

This comes in the wake of pending police changes in the area as part of efforts to address the trend, which locals claimed had been going on for some time.

Officials aware of the changes said the sub-county was expected to have new commanders.

The arrest of the two men brings to five, the number of suspects so far in custody over the dramatic attack that was captured on CCTV cameras in the Kandisi area.

Two others, including an Mpesa agent, were Monday arrested in Mwiki after a man withdrew Sh240,000 that had been stolen at the shop.

They were produced in court and police were allowed more time to hold them as investigations go on. Residents complained that the attacks have been ongoing in the area with no or little action from police.

On the day that the woman was attacked as she drove to her house, three other houses were also raided and occupants were robbed of cash and valuables including electronics and jewelry.

The couple in the Sunday attack has been questioned together with their house girl over the incident.

Police said Geoffrey Otieno had said that he was away when the incident happened Sunday morning.

His wife, aged 32, had been out on Saturday and was attacked as she drove home from the joint in the township near their home in Kandisi.

According to the woman, when she arrived home, she called the house help to open the gate for her.

She waited for almost a minute as the house help pushed open the gate without knowing a gang that had trailed her for a few meters was racing towards the gate.

The gate opened and she drove in. And before she could park, she said she saw her maid rush back to the house. She knew things were thick.

The gang had attacked at gunpoint and was on her window. One of the thugs went for the house help in vain as she vanished upstairs and joined the couple’s two young children in their room and locked it.

He then used a panga to smash the window of her Mercedes Benz S350 car and forced her out.

They grabbed an unknown amount of money from her and other electronic goods before escaping. The husband arrived home the following day to a shaken family.

The maid and their two children were not harmed as they hid in their bedroom leaving the gang that was in hurry to leave with the mother of the house downstairs.

A team of detectives from the Special Service Unit believes the attackers were led by a former rogue police officer who is now on the run.

One of the gunmen was armed with an AK47 rifle while another one had a pistol and others carried crude weapons.

Some of the attackers wore balaclavas to hide their identity as they tormented the family for several minutes before escaping.

Interior Cabinet Secretary Fred Matiang'i visited the area accompanied by the Inspector General of Police Hillary Mutyambai and the head of Special Services Unit (SSU) Pius Gitari and assured the locals that necessary action will be taken. The area is rapidly developing with many people settling there.

Matiang'i directed the construction of the Kandisi police post to enhance security in the area. He directed that all criminal activities reported in Occurrence Books (OB) to be compiled and forwarded to his office for action.

He told the administrators to ensure entertainment joints and restaurants do not operate in between Kandisi and Rimpa stage as it's a purely residential area.

Mutyambai called for cooperation between locals and security agencies to ensure their safety.

Teams of detectives have visited the area and interrogated several people as part of efforts to get the gang behind Sunday's attack.