Suspect in court for defrauding pastor of Sh400k

Martin Ochieng was accused of conning a pastor of 400k

• He obtained the said amount after the church officials had visited his company in Embakasi where he introduced himself as the director. 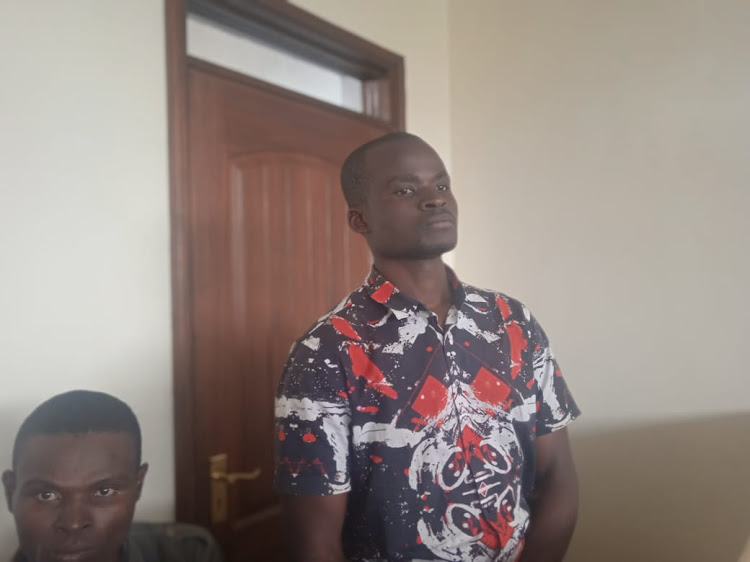 A suspected fraudster who allegedly conned a man of God Sh400, 000 by falsely pretending he could sell a fabricated container was on Friday arraigned at a Kibera court.

The businessman allegedly pretended that he was in a position to deliver to the preacher a container, a fact he knew to be false.

According to the prosecution, the church intended to buy a container for its use and met Ochieng who claimed to be a director of a company involved in the manufacture of containers.

The prosecution alleges that the accused person vowed to supply the church with the said container at a cost of Sh400, 000 and they settled on the price.

He obtained the said amount after the church officials had visited his company in Embakasi where he introduced himself as the director.

After the incident, the matter was reported to the police at Kilimani and he was later apprehended.

In court, he denied the wrongdoing and court prosecutor Brenda Maiyo did not object to his release on bond.

Read more: 'We boarded Eldoret Express back to Nairobi,' Jua Cali on been conned

The accused person denied the charges and Kibera Majistrate Jacqueline Ojwang released him on a surety bond of Sh500, 000 and an alternative cash bail of Sh250, 000.

Asked if Harmonize will be charged for fraud Mike Sonko explained, "He is a free man, he will be in Mombasa to entertain fans there."
Politics
1 month ago

Harmonize is detained at Kileleshwa police station
Entertainment
1 month ago
WATCH: For the latest videos on entertainment stories