Man accused of raping lady who sent him explicit video

The man denied all the charges and was granted a bond of Sh200,000

• The court heard that the complainant sent a pornographic video to the accused person’s phone and later visited him at his place of work.

• Court prosecutor Allan Mogere did not object to his release on bond. 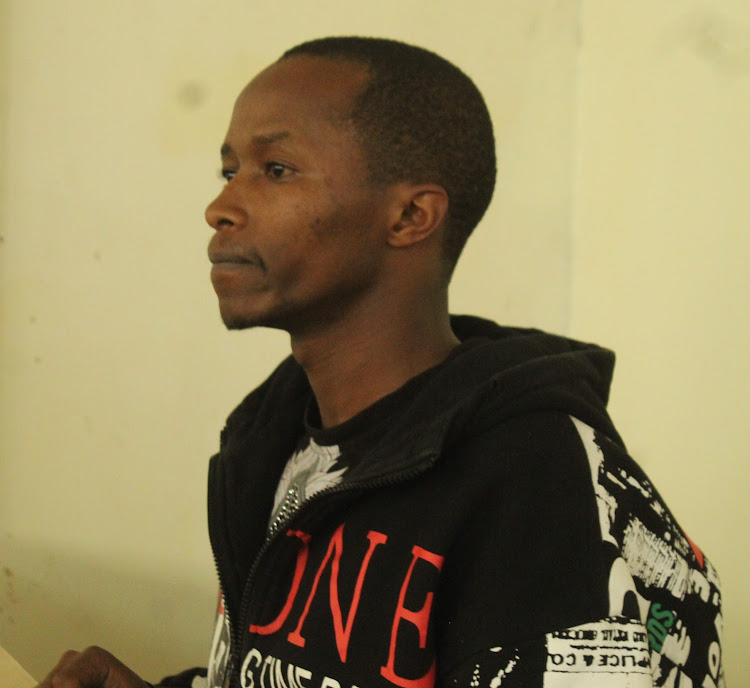 A businessman who allegedly raped a woman moments after she sent him an explicit video has been charged at a Kibera court.

The charge sheet read that he raped PQ in the Kibera Laini Saba area within Nairobi County contrary to the law.

He was charged with the second count of committing an indecent act with an adult contrary to the law.

He denied all the charges and was granted a bond of Sh200,000 with the surety of the same amount.

The court heard that the complainant sent an explicit video to the accused person’s phone and later visited him at his place of work.

The court heard that the accused person was at a stall where he sells clothes along the Railway in Kibera sub-county when the woman visited him.

They then watched the video together and later agreed that they spent some time at the accused person’s house, where he is said to have committed the offense.

The case will be mentioned on June 6.

Linturi also wanted the state to produce an abstract from Nanyuki police station, nude photographs and videos that the victim and her husband took of ...
Politics
3 months ago
WATCH: For the latest videos on entertainment stories