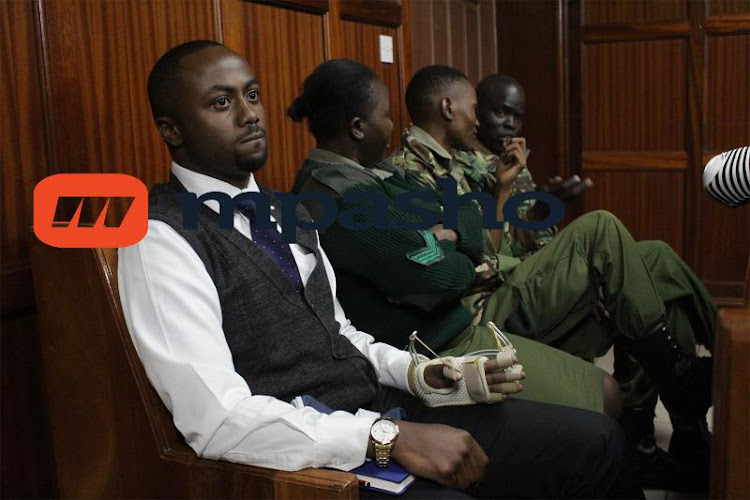 A Nairobi court on Monday heard that Jowie Irungu’s phone number was traced at Denis Pritt Road where businesswoman Monica Kimani resided on the night she was murdered.

Jowie is the first accused in the murder trial of Monica, and is charged alongside Jacque Maribe.

Monica’s body was found at her Lamuria Gardens apartment which is located on Kitale Lane off Denis Pritt road in Kilimani, Nairobi.

He was to extract details of their numbers from September 1, 2018 to September 30 in the same year. He is the 33rd witness in the case.

The witness told the court that from the data records, Monica’s line was in communication with that of Jowie on September 1.

And at 9.32pm, Monica’s number was located in Kileleshwa. At exactly 11:06pm the phone could no longer be traced.

Witnesses said the last call was an outgoing call made by Monica at 9.32pm.

There was also no communication on Yassir Mohammed's phone from September 18 to 20, 2018. Yassir is said to be Monica's boyfriend.

"When she passed on, she was in the house, with the kids alone. I had gone jogging at Ololua forest, my kids called me in a panic..." Terryanne Chebet
Exclusives
6 months ago

Jowie had been followed by Jacque Maribe and she was asking "what did you do? Why did you do?" she was standing next to him shaking.
Crime
8 months ago

Former TV journalist Jacque Maribe who was living with Jowie Irungu at Royal Park Estate has been charged alongside him with Monica's murder on ...
Crime
8 months ago