The cop was angry because his phone was missing

• The constable was disarmed by his other colleagues after he had shot and missed his target in the confrontation.

A police officer has been arrested after he shot but missed his colleague at the Gigiri police station, Nairobi over a lost mobile phone.

The constable of police was arrested last evening after he tried in vain to shoot his colleague. This was after he misplaced his Tecno Pop Two mobile phone which was later found at the report office. 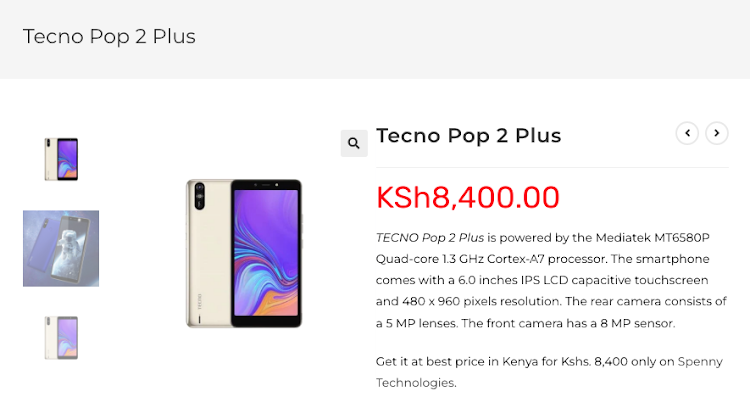 Price of the Techno Pop 2

The constable was disarmed by his other colleagues after he had shot and missed his target in the confrontation. Such incidents are on the rise in the service amid growing concern of stress.

Police have instituted disciplinary measures against a traffic officer based at the Central police station who forced himself into a car through a window.

The officer forcefully gained access to the vehicle before ejecting the driver who escape after an argument between the two over a traffic issue.

The incident that occurred at Kenyatta Avenue has attracted online condemnation with netizens calling out the officer for behaving in a distasteful manner and portraying the entire police service in a bad light.

The National Police Service has condemned the incident, identified the errant officer and instituted immediate disciplinary action against him.

A couple that was linked to the murder of a baby in Nairobi’s Kayole area has been brought to the city ahead of their production in court.

Phylis Njeri, who tortured the 3-year-old boy to death was smoked out of her hideout at Illasit village, close to the Kenya-Tanzanian border, in a well-coordinated operation.

Police say they have details of how angel David was brutally murdered by Njeri and her husband Jockson Ngui, while her horrified elder brother Peter Ndung’u watched in shock.

David and his 6-year-old brother Peter had been left under the care of Njeri, by their mother Maureen Njoki, who had left the country in November last year for Saudi Arabia, in search of greener pastures.