• The prosecution said the investigating officer had not found evidence linking the suspects to the sexual assault case which occurred on March 4. 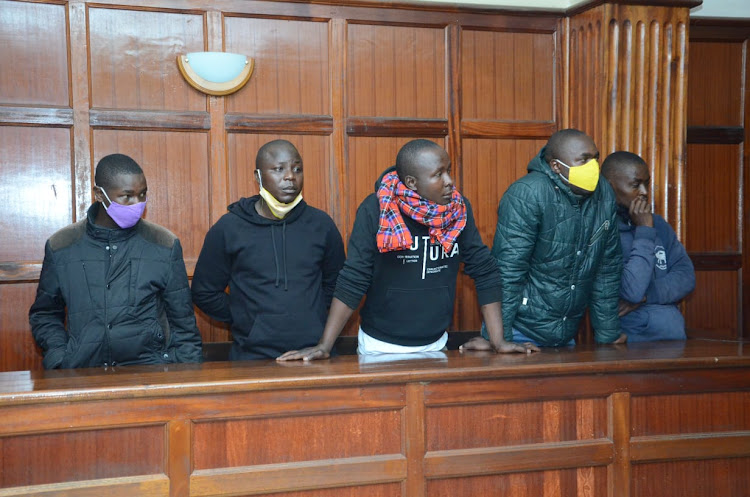 Sixteen suspects who had been detained over a viral video of female motorist captured being sexually harassed along Wangari Maathai Road, have been freed by the court.

Milimani senior principal magistrate Martha Nanzushi on Monday released the 16 after the DPP said they did find enough evidence to pin them to the offence.

The prosecution said the investigating officer had not found evidence linking the suspects to the sexual assault case which occurred on March 4.

"The investigating officer having found no evidence to charge the suspects, I hereby release them under section 87 (a) of the Penal code", the magistrate ruled. She directed the suspects to go back to Gigiri police station to pick their phones and other belongings.

The prosecution said they have enough evidence to charge and prosecute him in the assault case.

The suspects had spent more than 15 days in custody pending investigations.

Forest Road assault 'ring leader' gives his side of the story

Zachariah was arrested after being on the run for more than one week.
Entertainment
2 months ago