• Justice Antony Mrima on Monday granted the stay of proceedings at the magistrate court. 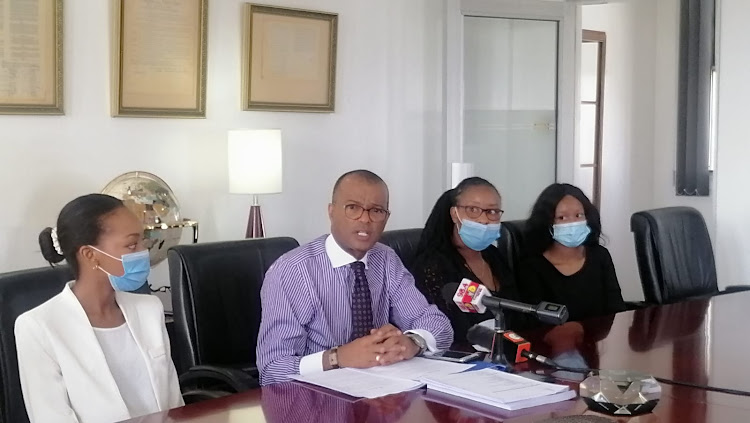 Phillip Murgor with his nieces and their mother
Image: Courtesy

The court has suspended the prosecution of two sisters- Stephanie, 24 and Cheryl Murgor 22- at the Kibera Law courts pending the hearing of the case challenging their prosecution.

Justice Antony Mrima on Monday granted the stay of proceedings at the magistrate court.

The sisters had been summoned to appear in court on Wednesday to take a plea for affray and assault.

The Office of the Director of Public Prosecution on December 9 ordered one of the two sisters be charged with fighting in public and assault.

This is in a case where the two have accused twin brothers Edward and Paul Ndichu of assaulting them and maliciously damaging their car.

The ODPP had on November 17 ordered the twins be charged with assault and malicious damage to property.

But the plea taking was delayed awaiting the processing of a new complaint by a woman- Munyra Hassan Mohamed- who was also involved in the scuffle when the said assault happened on October 17 at the Emara Ole Sereni Hotel, Nairobi.