• Police were called to the scene after those in attendance realised he had fallen and died there.
• He was in a jovial mood before the incident happened at the apartment. 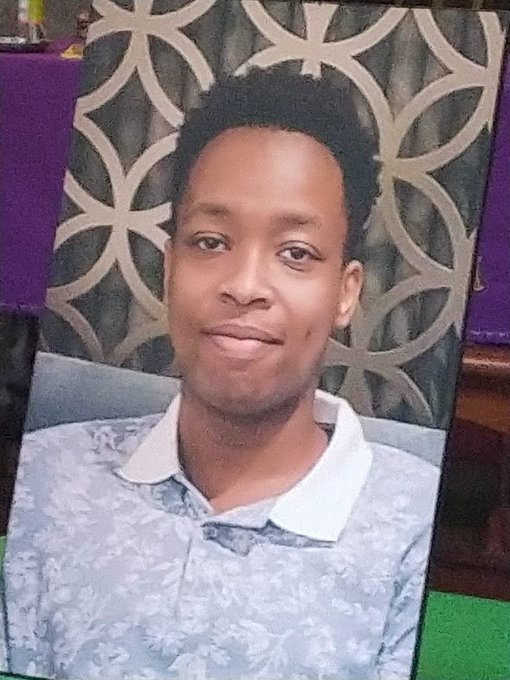 The late Gachui Karanja in a file photo
Image: The-Star

A party at a house in Riruta area, Nairobi, turned tragic when one of those in attendance slipped off the fifth floor of the house and died.

Gachui Karanja, 20, was among about eight people who were in the house on the fifth floor of an apartment when he left and stood at the balcony.

Some of those in attendance said they thought Karanja was talking on the phone at the balcony.

They, however, heard him scream before a thud was heard. They knew something was wrong and when they rushed out, they saw him lying on the ground floor in a pool of blood.

Karanja had landed on his head, hence the bleeding.

The incident happened over the weekend.

Nairobi police boss James Mugera said they were called to the scene and briefly interrogated those in attendance before they picked up the body to the mortuary.

“We suspect he was intoxicated at the time he fell but we are also investigating to establish if there were other issues that led to this tragic incident,” he said.

Karanja, who was also known as GK, was described as a celebrated, young, and promising man who died too soon. A requiem mass for his body was conducted at a church in Lavington on Monday.

In Mukuru slums, a 28-year-old woman slipped and died as she crossed a railway line bridge.

Police said Lilian Naliaka was crossing the bridge when she fell and died on the spot.

The body was moved to the mortuary.

And two people died by suicide in two separate incidents reported to police in Nairobi in a worrying trend.

The first incident was reported in Diamond Estate, where the body of John Otiso Maranga, 35, was found dangling from the roof of his house after an apparent suicide incident.

In Uhuru estate along Jogoo Road, John Wariara, 64, also died by suicide. The motive of the incidents is yet to be known.

In Kilimani area, police found the decomposing body of James Muriithi, 63, in his house.

The man had failed to wake up for two days when neighbours called the police who broke in and found the body lying on the bed.

The bodies were moved to the mortuary pending autopsy.

An attendant told police he did not manage to take details of the motorcycle during the 11 pm incident.
Crime
2 months ago

Colleagues of the deceased identified as David Kimaru said he was not picking up his calls and when they went to check on him they found his body.
Crime
2 months ago