•  One of the thugs shot and injured two of the pedestrians in the head before they escaped towards the Kibera slums. A hunt on them is ongoing. 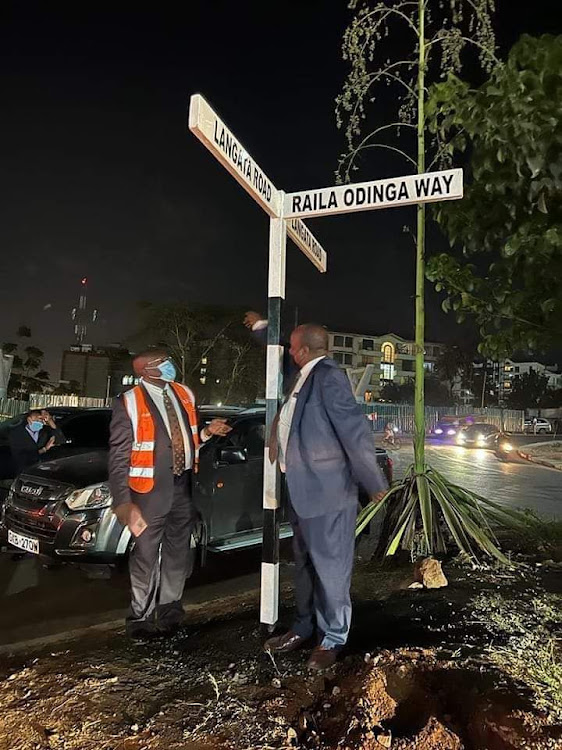 Police are looking for three suspects who last night shot and injured two pedestrians as they escaped from a scene of the crime along Raila Odinga Road, Nairobi.

The gang had robbed pedestrians near Kenyatta National Hospital and were escaping after an alarm was raised. Police say on arrival near Forces Memorial Hospital some pedestrians tried to stop them.

One of the thugs shot and injured two of the pedestrians in the head before they escaped towards the Kibera slums. A hunt on them is ongoing.

The two were taken to the hospital where they are admitted in stable condition.

Police are investigating an incident in which a man committed suicide Thursday in a relative’s house in Umoja area, Nairobi after a domestic quarrel.

The body of Aleisia Waikwa, 29 used a piece of clothing to hang himself in his cousin’s house after he had quarrelled with some of his immediate family members.

Police were called and picked up the body to the mortuary as investigators work on the incident. Such cases are on the rise in the country amid calls to address the trend.

A man who tried to commit suicide by jumping into the deep sea at the Likoni Ferry, Mombasa was Wednesday rescued by authorities in a miraculous incident.

David Kiplimo Nassir is said to have jumped into the water as the ferry crossed the channel towards Likoni.

The motive is yet to be known. Officials from the Kenya Ferry jumped into the water and managed to rescue him and took him to hospital. He is set to be charged with attempting to commit suicide.

The thugs operating in a hired Toyota Vitz targeted passengers headed to various destinations in Central Kenya, at the Muthaiga Bus Stop and other ...
Crime
2 months ago

A suspected thug was last evening lynched by a mob in Kayole, Nairobi after he shot and seriously injured a pedestrian in a botched robbery.

The victim was shot in the forehead as he resisted a robbery incident. An alarm was raised and alerted locals who rushed there and lynched the suspect and recovered a pistol from him.

Police arrived at the scene and collected the remains of the man to the mortuary. The pistol was handed over to the police.