Photos from the demolition of Deep West Resort

• Akinyi was last in the news in 2019 when she was arrested by officers from the Directorate of Criminal Investigations for allegedly trafficking drugs.

• They slapped her as they ransacked a room she was sleeping after breaking in. 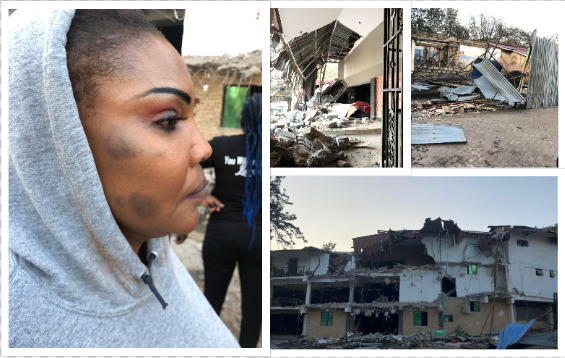 Joyce Akinyi looks on at the damage the demolition caused on her property; Deep West resort in Nairobi West.

Controversial businesswoman Joyce Akinyi says attackers who demolished her multimillion business in the Nairobi West area were out to kidnap and harm her.

She said there was no court order to warrant the demolition and that she will seek compensation for the loss.

Akinyi said in an interview she wants state protection given what she termed unfortunate developments at her premises on Saturday dawn which saw the Deep West demolished.

“They wanted to kill me and for now I feel my life is in danger. They tried to grab me from my room but my daughter and workers helped me through screams and cries,” she said.

She added the attackers wore hoods and were heavily armed.

They slapped her as they ransacked a room she was sleeping after breaking in.

“No police has come to even record statements after we reported about this demolition. We suspect their involvement. They even beat up some tenants who included police officers warning them of dire consequences for supporting my business,” she said.

She said the Deep West Resort, which was demolished is valued at about Sh500 million and claimed someone wants to grab it from her.

“They first came to my door and knocked and I saw about ten men hooded and heavily armed. I called my daughter and friends while screaming which saved the situation.”

During the Saturday morning drama, the attackers are suspected to have used explosives on some corners to demolish the structures, which will force her to bring the entire structure. 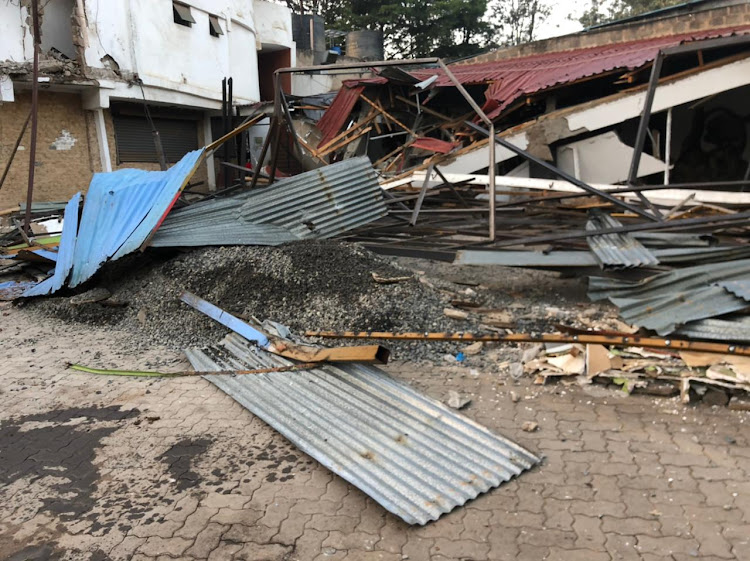 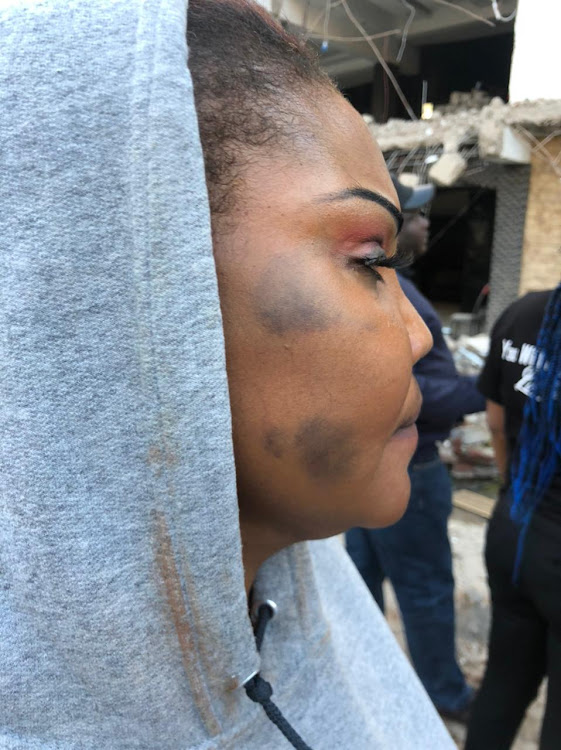 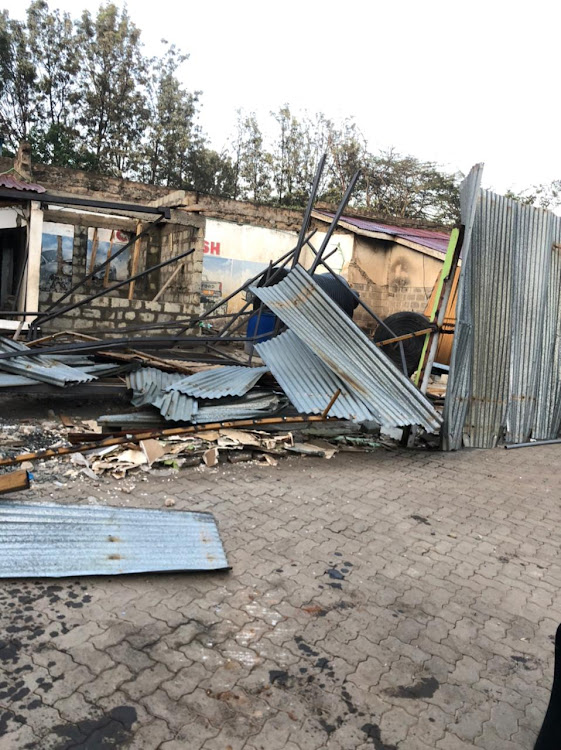 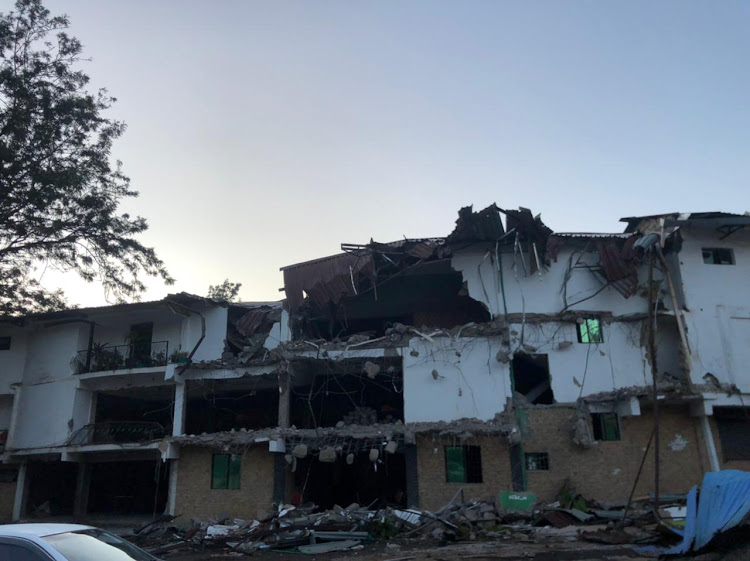 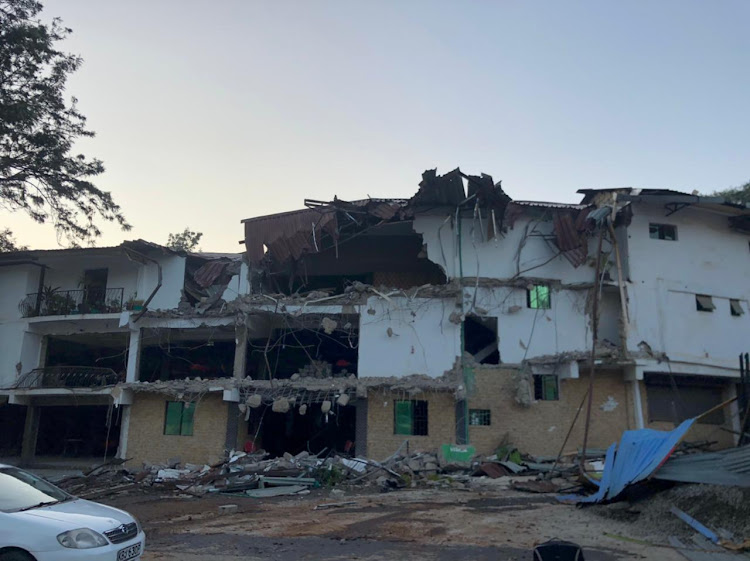 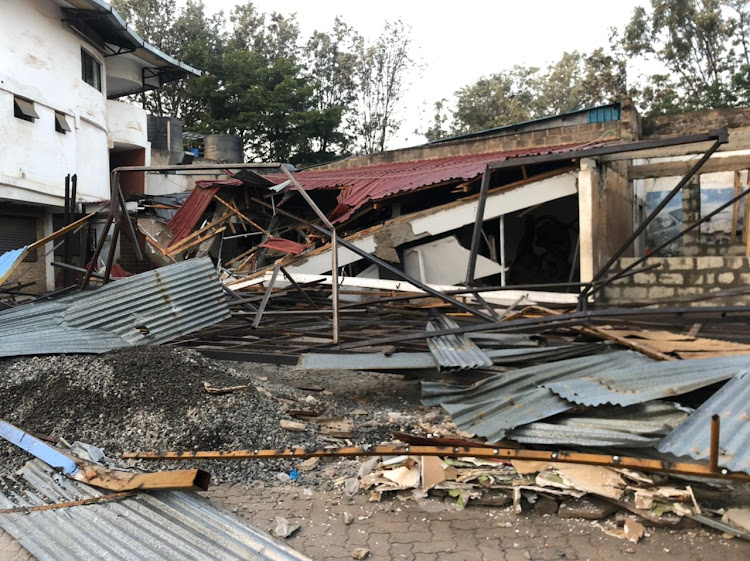 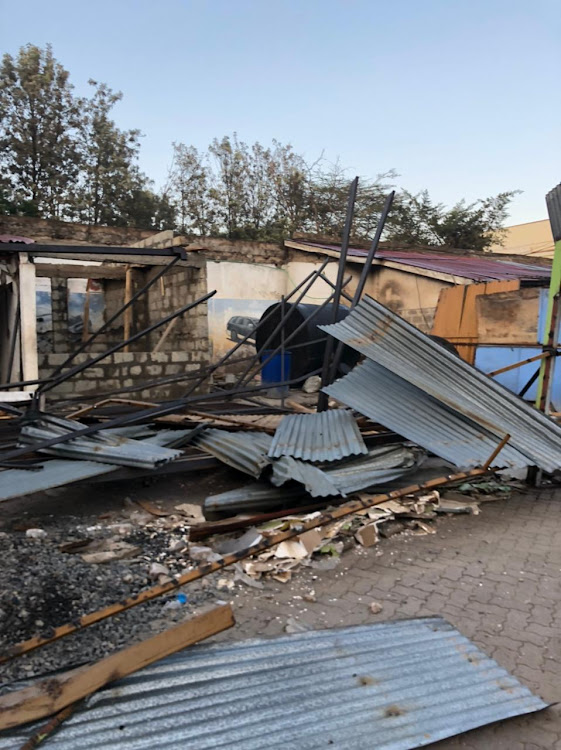 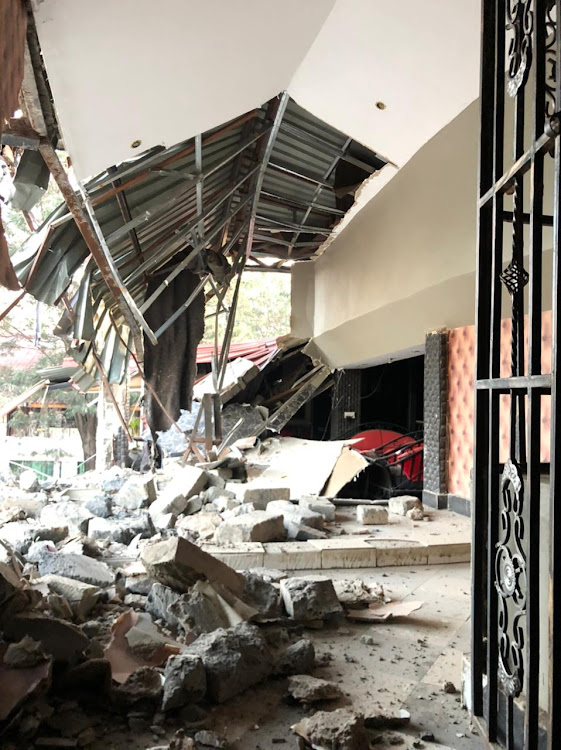 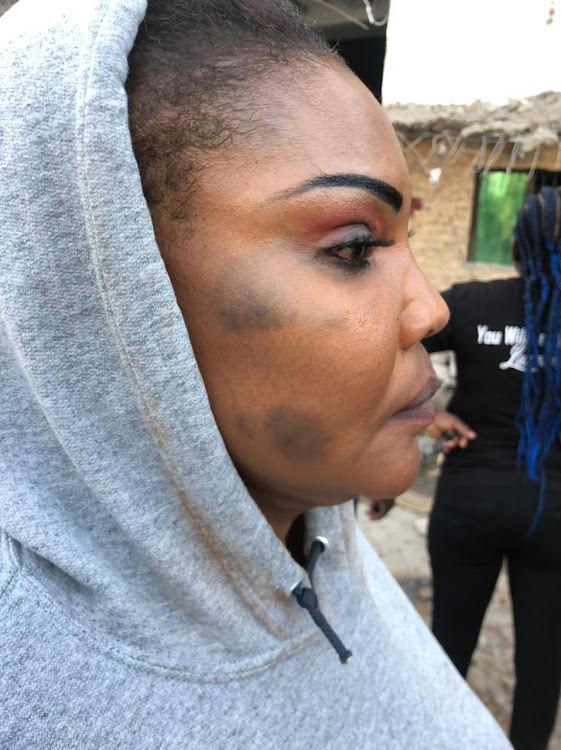 A student of Maasai Mara University has been reported dead over an overdose from sex enhancement pills.
Crime
2 months ago

The two who had separated for the last one month had met in a relative’s house in the sprawling estate to resolve their differences when the man ...
Crime
2 months ago

They also had bulldozers in the operation before they left at dawn.

She said she is consulting her lawyers on the way forward.

Police have been claiming the hotel is used as a centre of narcotics trafficking but Akinyi dismissed the claims.

“I have won all their cases on me on the claims of drugs. I have not been involved in narcotics in any way and let them be ready for a real legal battle,” she said.

Monday, the property was heavily guarded by a group of youths armed with an assortment of crude weapons.

“We are aware of the incident and officials are attending to it accordingly,” he said.

Akinyi was last in the news in 2019 when she was arrested by officers from the Directorate of Criminal Investigations for allegedly trafficking drugs.

Akinyi together with another woman identified as Peris Omondi and a Congolese man Paulin Kalala Musankinshay were then charged with trafficking in the drugs valued at Sh5.5 million.