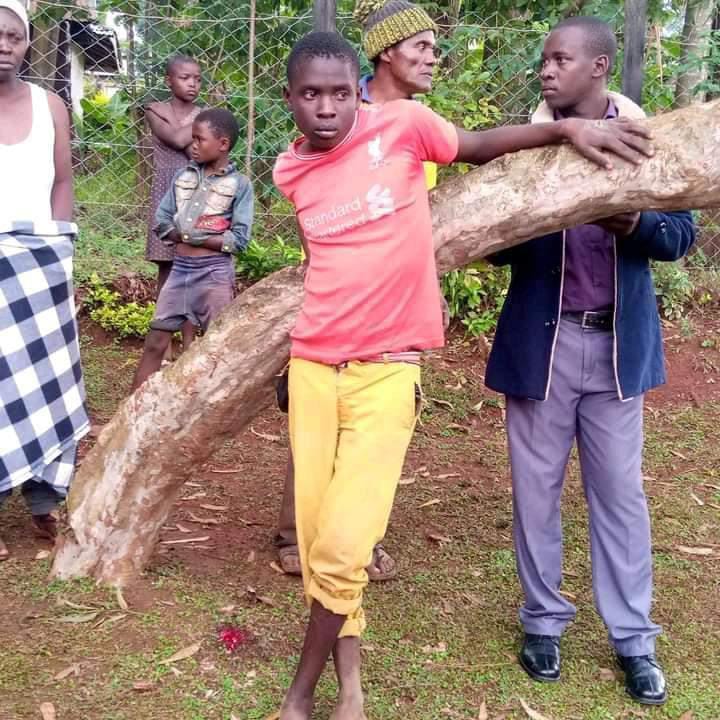 The police are on the hunt for a Vihiga resident who nailed a man suspected to have stolen his radio to a tree.

The Friday incident was witnessed at Chemasili village, Vihiga County.

The teenager nailed to the tree was identified as Collins Sambaya, both his palms were nailed to a tree using two roofing nails.

Now, police are looking for the perpetrator, Elvis Irime. Witnesses claim that Irime took that action because Sambaya, 19, stole his radio.

Police tried to free Sambaya from the crucifixion using a power saw.

Their efforts proved successful as Sambaya was later rescued and rushed to Mbale Referral Hospital for treatment.

He is currently in stable condition.

The suspects had been attacking and robbing locals when an alarm was raised alerting police. The body was moved to the mortuary.
Crime
3 months ago

The man was captured in a video that has gone viral after the incident that happened on Eighth Street.
Crime
3 months ago