Kianjokoma brothers' last moments were recounted by a childhood friend

A childhood friend of the two Kianjokoma brothers who were murdered last year recounted to court their last steps before their demise.

John Njeru was the first witness to take the stand in the hearing of the murder case against six police officers accused of killing Emmanuel Ndwiga and Benson Ndwiga.

Njeru told court that on August 1 last year, he was at a PlayStation shop within Kianjokoma when Benson called him, asking if they could meet because he wanted to tell him something.

He was with another friend by the name Chris Dan. Benson and Emmanuel later met them outside the PlayStation shop after they had closed their pork butchery.

“We were the four of us. We walked through Kianjokoma town then I brought up the idea that we go have drinks but the two brothers declined, saying they didn’t want a hangover,” Njeru said.

He went on to narrate how Benson and Emmanuel were jovial and they hung out together at the Mwamuri Club but they didn’t drink any alcohol.

“At around 9.17 pm Ben said it was getting late and their mother even called them. We left the place at around 10.01 pm,” he said.

As they left the club, they used a backstreet and that’s when they saw a police vehicle and there was a man standing outside the vehicle in civilian clothes while another was holding a huge stick.

Benson then suggested that they should all run. They started running in but unfortunately, Emmanuel tripped and fell.

He added, "Ben told him [Emmanuel] to keep running. Alisema achana na viatu wewe hepa [He told him to escape and not mind the shoes].”

They continued running for a few seconds before Ben stopped then returned to where his brother had fallen.

Njeru said he found a hiding place in a ditch because the two people near the police car were running after them. 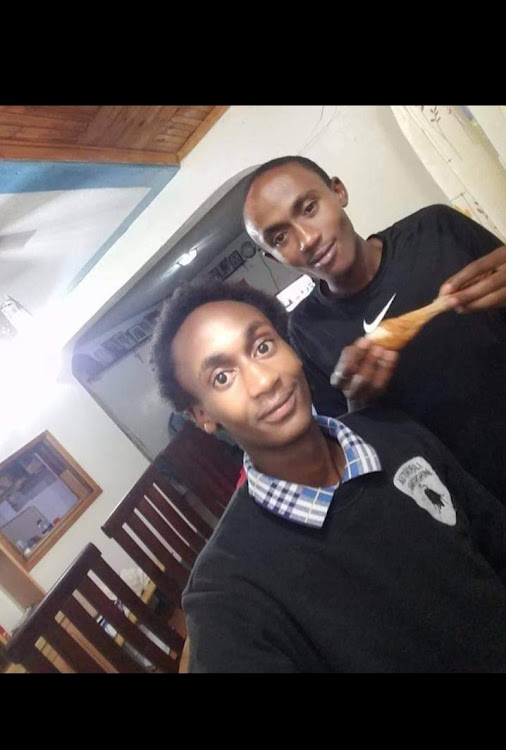 He told the court that he heard a sound like someone was being beaten and thought it was Ben being assaulted and when he peeped he saw him being bundled into the police vehicle.

After the vehicle sped off, he found another route home but could not reach both Emmanuel and Benson on their phones as they were switched off.

“The following day I found missed calls from their dad and I called him back. He was asking if I was still with Benson and Emmanuel.”

Njeru then narrated to him what had transpired that night. The father asked him to go look for them and inform him of any information on their whereabouts.

“I called Chris Dan to meet me so that we can start looking for them. We went to Kianjakoma town asking random people where the [police] Land Cruiser was from but no one had seen it,” he said.

Njeru added that at some point they thought of going to Embu court to inquire if they had been charged with flouting the curfew, but Emmanuel and Benson's father informed them there were no records at Manyatta police station on the two.

“We planned with Chris to go to Embu to look for them but when we got to Kianjakoma town we [stumbled upon] rumours that our friends had passed on,” Njeru said. 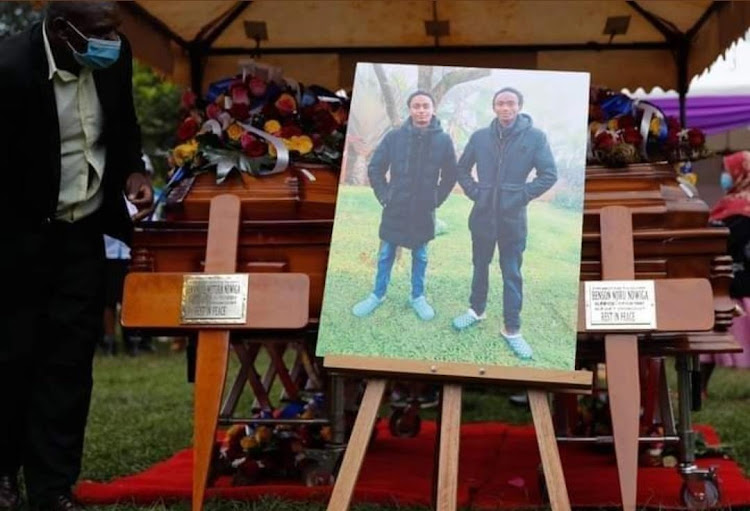 During the cross-examination, Njeru told lawyer Danstan Omari who represents the six accused that the two brothers did not drink any alcohol. Njeru, however, admitted to drinking one glass of Keg with Chris Dan.

When asked why he did not go to his friends' house that night or call their parents to inform them what happened, Njeru said he did not know that something bad would happen.

Earlier in the day, the prosecution, in their opening statement, said they will prove to the court that the six officers planned the killing of the two brothers.

“The prosecution shall prove that the cops had motive and opportunity to kill the two deceased persons,” the court heard.

The state said the murder of the brothers was premeditated and executed jointly by all the six officers, and they shall adduce witness testimony to give an account of what transpired prior to the arrest of the deceased.

'I make their beds, though they are not here,' mum to slain Kianjokoma brothers

The mother of the two brothers from Kianjokoma murdered by police is struggling to accept the loss of her children.
Lifestyle
8 months ago