Details of PS Korir's assault on pregnant wife in Karen 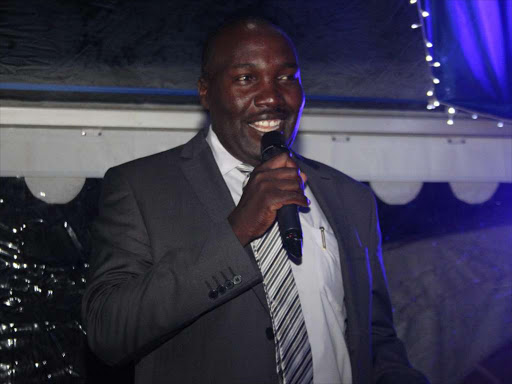 Milimani chief magistrate Susan Shitubi on Thursday summoned the PS after the prosecution applied to have him appear in the assault case.

“We apply for summons against the accused through the investigating officer to appear in court and plead to the charges," the prosecution said.

Korir is to appear on February 10.

In the charge sheet, Korir is accused of assaulting Everlyn Koech and causing her bodily harm.

He is alleged to commit the offence on September 17, 2020, at Ndalat Road, Karen, in Nairobi.

Last year, Korir appealed to the High Court to stop his prosecution, but Justice Anthony Mrima in November 2021 dismissed the petition.

He said the state was right in mounting prosecution against him over assault and injury on Evelyn Koech while she was pregnant.

The PS had sought to stop the Director of Public Prosecutions and the Directorate of Criminal Investigations from arresting and prosecuting him in connection with the offence.

He called the arrest and prosecution illegal, in bad faith and an infringement on his constitutional rights.

“The petitioner has not shown how the DPP violated the Constitution by authorising his prosecution. Further, if the court quashes or grants the orders sought, it will frustrate the rule of law,” Justice Mrima ruled.

Korir risks losing his job in line with Chapter 6 of the Constitution on integrity as well as the Leadership and Integrity Act. It states that "any State officer automatically goes on suspension after taking a plea in a criminal case.”

The state officials had argued the prosecution was being used to coerce him to settle a matrimonial property case.

Judge Mrima set aside orders issued in February last year, which had temporarily shielded him from arrest and subsequent prosecution.

The offence attracts a maximum sentence of life imprisonment.

A medical examination report revealed that Evelyn, who was pregnant, suffered bruises to the abdomen, the forearm and the legs.

A P3 form, signed by the police surgeon based at the police headquarters, also showed she sustained thorax and abdomen injuries.

The marriage is said to have been troubled but matters took a turn for the worse after she claimed assault.

Evelyn has filed for divorce under application E015 of 2021 against Korir.

The PS also faces a separate case in the children’s court, No: MCCC/E945 of 2020 in which he is being asked to pay school fees and upkeep for his children.

Manchester United footballer Mason Greenwood has been released on bail pending further investigation into allegations of the rape and assault of a ...
Entertainment
3 months ago