• The accused person denied the charges before Kibera senior principal magistrate Derrick Kuto on Monday and he was released on bond. 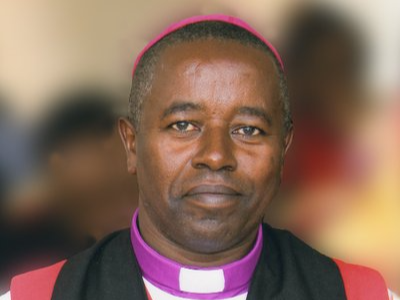 A city bishop attached to the Anglican Church of Kenya has been charged with sexually assaulting a woman by touching her breasts and attempting to kiss her without consent.

According to the charge sheet, the cleric committed the offence on different dates and in times in the Lang'ata sub-county within Nairobi county.

The charge sheet read in court said that Waweru being a person in a position of authority persistently made sexual advances to J.N.M knowing or having reason to believe that such advances were not welcome by  J.NM.

He was charged with the second count of touching the breast of J.N.M indecently on July 13, 2021.

According to the police report, the accused person is said to have sexually assaulted the woman since 2018.

The court heard that the woman was even demoted from her position at a church she was serving and later transferred to a different church and her salary deducted.

The police report said the woman complained that the bishop on various occasions embarrassed her, asking her to tell the congregation that he had never demanded sex from her as the rumours claimed.

The woman further told the police as per the documents that, the bishop also tried to kiss her but his wife entered the office but she did not notice anything.

The police report further states that one day when she had a stain on her blouse, the Man of God came to her office and indecently touched her breasts where the stain was which made her feel uncomfortable and uneasy.

She reported to the police that the Bishop had again, according to the police,  told her that she was beautiful and he liked her.

The police report says that, the woman feels the Bishop is obsessed with her yet she is married.

The police report says that the man of God summoned her in front of elders of the church and lied about her calling the elders "ihii" meaning uncircumcised men.

The police say that the woman felt embarrassed and emotionally frustrated and feeling insecure.

However, the bishop yesterday pleaded not guilty to the accusations and pleaded for lenient bond terms.

Kuto released him on Sh50,000 cash bail and directed that the matter be mentioned after a fortnight