• His friends who had visited him at the Nairobi West Hospital said he developed breathing difficulties prompting his admission to ICU. 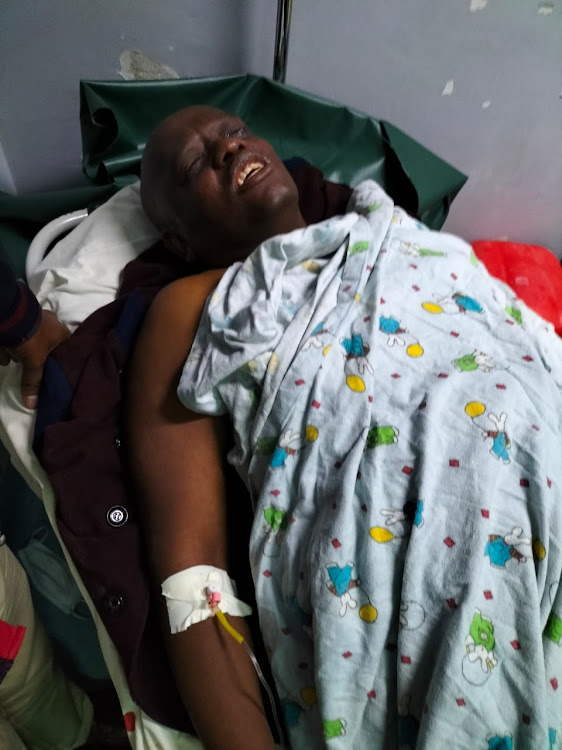 His friends Martin Gitau and Josiah Murigu who had visited him at the Nairobi West Hospital said he developed breathing difficulties prompting his admission to ICU.

“Dennis Itumbi has been admitted into the ICU. X-ray shows signs of pneumonia. Say a prayer for him,” said Gitau.

Murigu said Itumbi was left in the cold for long which may have affected him.

Itumbi was allegedly abducted on Thursday and beaten up before being abandoned on the roadside naked.

He was taken to hospital Friday morning after being in the hands of his abductors for nearly seven hours. The motive of the incident is yet to be known.

He had injuries on most of his body parts when he was found naked in Lucky Summer area, Kasarani, Nairobi by a taxi driver.

He was naked at the time and he told the driver he thought he was in Eldoret.

His left eye was bleeding an indication it was injured. His mobile phone was missing then.

His brother David said Itumbi told them the people who abducted and beat him up claimed to be police officers.

Police have denied knowledge of the claims.

“My brother has been badly beaten. We thank God that he is alive. On his own account he was arrested by police and beaten and tortured. This is the state we found him in,” said David.

His abductors changed to different cars as they drove around with him.

The triangulation of Itumbi's mobile phone signal tracked it to Kigwa in Ridgeways, but he was not found there.

At 11:22pm, Itumbi’s brother David received a call from a number belonging to a  Mr Makokha, a taxi driver  who had found Itumbi limping in the Lucky Summer area near Kasarani stadium.

“Itumbi was severely injured and in great pain, having been tortured at length as his abductors drove him around the city. He was eventually thrown out of the car into a thicket and left for dead.”

“He managed to crawl to the nearest road, where he sought help from bodaboda riders and this is where Mr Makoha recognised him and offered to help,” a group of MPs said.

A passing taxi driver recognised Itumbi in his state, and found warm clothes for him, after which he was taken to hospital.

They added Itumbi suffered extensive torture, including repeatedly battery of his limbs with a hammer, and sustained soft tissue injuries as well as fractures.

They added Itumbi had confirmed that his abductors took turns to beat him while warning him that the torture was revenge for his social media coverage some top government officials.

The abductors  handcuffed him from behind and tied his legs with a rope.

The vocal blogger has not shied away from attacking senior government officials on several occasions.

Police spokesman Bruno Shioso said they are investigating the incident.

“We appeal to members of the public to be patient during the investigations and should therefore desist from speculation,” said Shioso.

“We further appeal to members of the public who may have information regarding the incident to volunteer and report to any police station or through our hotline number 999,112 or 0800 722203,” added the spokesperson.