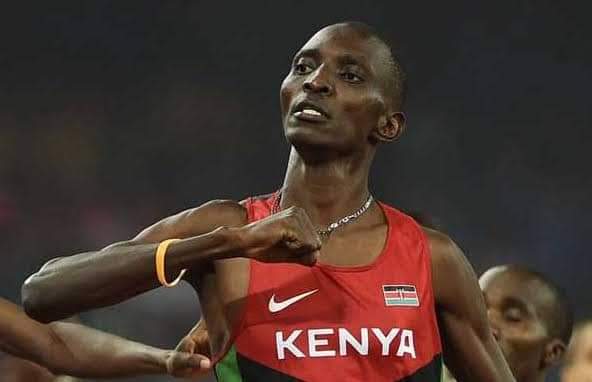 Three-time world 1500 metres champion Asbel Kiprop has been on a four-year ban due to doping claims which he has insisted were false.

The four-year ban is close to being over, with less than 40 days to go.

In the past few days, Asbel has been posting cryptic messages aimed at his detractors who made false doping claims against him.

In one social media post, Asbel wrote, "My message to error makers and conspiracy lords. It's now seven weeks to my freedom. Please don't launch another juvenile missile against my career. Instead, give growth water to the little green protrude of my stem."

In a more recent post, Asbel fired off, "As of today, I have 40 days to my comeback. I don't come to perform a miracle but to enjoy my careers freedom after the 4-year false doping ban."

He continued, "Hoping such should never happen to any innocent human in future."

Asbel claimed he had been asked for money from a doping control officer, he also gave six possible reasons for his failed test.

This included a suggestion that the EPO found in his sample was "natural" as he had been training at altitude, while he also claimed medication he was taking at the time may have contained traces of the blood-booster.

He also intends to challenge Athletics Kenya over their policy prohibiting past doping offenders from representing the country when his ban comes to an end in February 2022.

Dennis Itumbi did not make it for the meet as he was abducted and was missing for hours before he showed up in hospital beaten black and blue.
Politics
1 month ago