Piece by: KNA  by Samuel Waititu 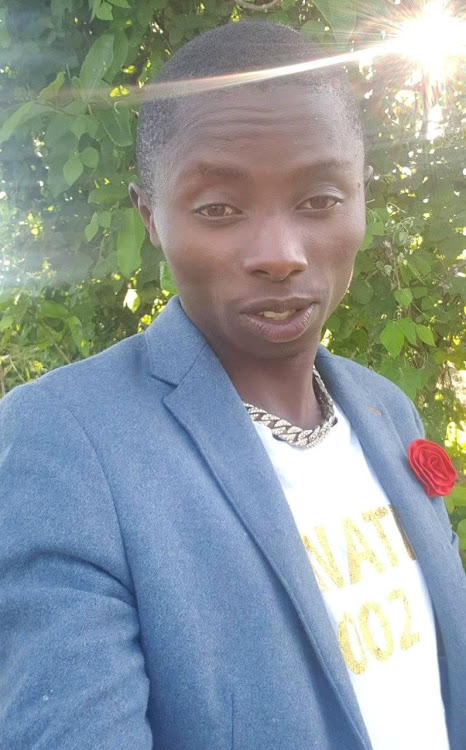 Taxi Operator, Kevin Kimanthi, aka ‘Mnati Kobia’ who disappeared a month ago without trace after he was hired by unknown individuals.

A family in Rupingazi Village in Mbeti North Ward, Embu, is in agony and has nothing to celebrate about this Christmas as the whereabouts of their son who disappeared without a trace over a month ago is yet to be found.

According to the information gathered, the family of 24-year-old taxi operator, Kevin Kimanthi, also known as Mnati Kobia, said he went missing, Friday, November 5, after he was hired from his place of work in Embu Town by three unidentified men to ferry them to Siakago Town at around 7 pm.

Speaking from home, his father John Kinyua, said he had communicated with some of his colleagues twice, while en-route to the destination and indicated he might come back late but never returned.

He said efforts to reach him that evening were futile as his phone had gone off, prompting them to report to Central Police Station three days later.

Kinyua, however, said his car was found abandoned near Siakago Town and towed to the area Police Station and only his National Identification Card (ID) was found in his car.

He said that they have since his disappearance continued with the desperate search of their son, who was also an aspiring area Member of County Assembly, with no avail, even as they blamed the police for laxity in tracing him.

“Life for us has not been easy since the day he disappeared and we only pray and hope that he will resurface alive,” his mother Nancy Njoki said.

“He was a darling to us the parents and his three siblings as he was amiable, hardworking and spared no effort to assist any of them, whenever a need arose,” she said,

Njoki said his young siblings who are all in school, have been greatly distressed over his disappearance and unable to concentrate on their studies.

The family also said the young man had never expressed fear or concern over his well-being, whether in the line of duty or in social life.

His colleague, Charles Kinyua, reported that it has been difficult for him to come to terms with his mysterious disappearance since he was with him on a material day and he never showed any sign of distress or fear.

Samson Teklemichaelwas kidnapped in broad daylight on the 19th of November 2021 in Kileleshwa, Nairobi by persons identified as Kenya police officers.
Crime
1 month ago

The older ones even saw the clip of their dad being abducted and they have been crying asking questions that I can't answer.
Crime
1 month ago