'All I remember is my intestines hanging out,' Kasarani man shot 8 times 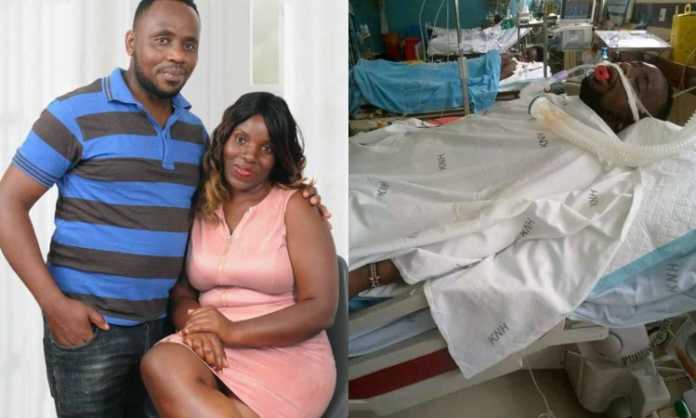 Richard Mwema the man shot at a friend's Mpesa shop in Kasarani has opened up on how hopeless he felt after the shooting to an extent saying his last prayer.

Mwema says the day started off like any other day only for it to turn out to be the worst day of his life.

Sharing her story on Kalekye's Health Moments, he narrated, "It was on 5th November 2019. I had gone for supper before I passed by my friend's shop like I always did.

That day everything changed, as I was waiting for him to serve his customers some men got in and I assumed they were normal customers so I did not fear."

He continued, "I had given him some cash to deposit for me but I told him to first serve the other customers as I was not in a rush."

Mukoma wa Thiongo said, "...he is doing well. We shared a good laugh about his supposed demise."
Entertainment
7 months ago

Mwema says it did not take long before he realized things were not as good as they had seemed to be.

"Two guys entered the shop before I realized they had bad intentions, One went to one corner while the other removed a gun and told me to lie down.

All the customers had left so I was the only customer.

He went to the counter and started harassing my friend, my friend panicked also because these are not things people are used to.

After five minutes I saw the other thug hold back his partner from shooting.

After they went and tried opening the door to no avail.

The thug at the counter shot my friend on the neck, I heard my friend shout and that is when I knew I had to do something.

I saw the thug was not looking at me so I decided to hit him so that he could fall down but he did not."

"By the time he had shot again but the impact of fist on the thug made him shoot my friend on the hand instead of the head as he intended.

At the time I did not feel the impact of being shot, when we went outside I was shot by another thug who was on a motorbike.

While outside is when I saw blood and my intestines hanging. People had surrounded us just staring.

I told them if they had no intention to help they should move so that I could get air.

My friend's brother came through and took us to the hospital.

I was hopeless, I felt like I was dying so I told God to take care of my family.

After that I do not know what happened."

Luku safi! Karen Nyamu shows you how to dress your baby bump

Karen said, "Watu, we are chasing the good life but this is the good life! We want what we want without realizing what we have."
Politics
7 months ago