"I am ready..." Kinoti says after being handed 4-month jail sentence

Kenyans were amazed this week when news emerged that the Directorate of Criminal Investigations (DCI) boss, Goerge Kinoti had been sentenced to serve four months in jail.

For what reason, you might ask? Because he had refused to obey court orders compelling him to return guns taken from tycoon Jimmy Wanjigi.

Justice Anthony Mrima gave the DCI boss seven days to surrender to Kamiti Maximum Prison. In a new interview with the Nation, Mr. Kinoti said that the sentencing was based on flawed proceedings.

He noted that the Firearm Licencing Board had revoked Wanjigi's license on January 31, 2018, meaning that the tycoon wasn't allowed to be in the possession of a firearm. 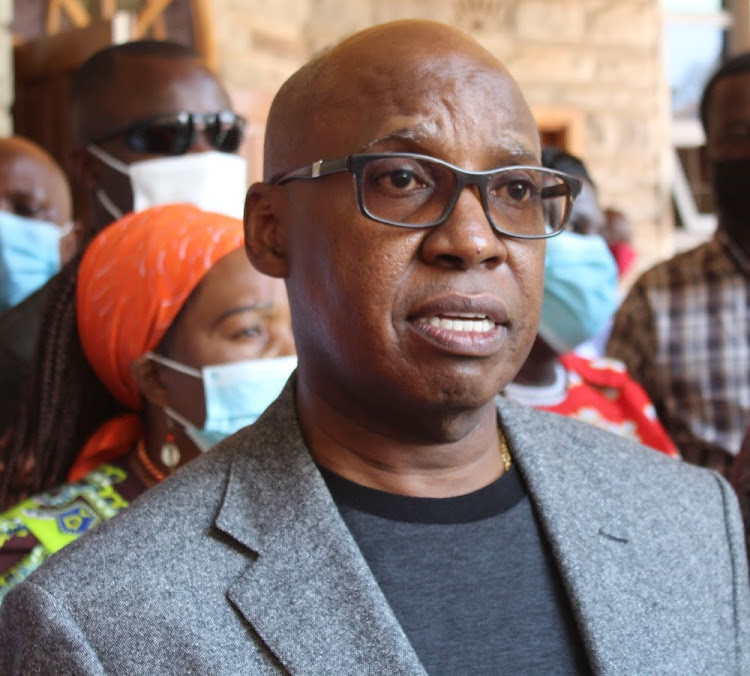 He explained that it would be a miscarriage of the law were Wanjigi to be returned for his weapons as he didn't have a license to own.

Mr. Kinoti also said that some of the weapons that had been taken from Wanjigi were prohibited for civilians, wondering why the judge would want to give them back.

The top crime sleuth added that he wasn't the person in possession of the firearm. "Even if the DCI is jailed for 100 years, he cannot give Wanjigi firearms he doesn't have," said Kinoti.

Mr. Kinoti's conviction about the matter is so high that he told the paper he as ready to go to jail,

"The court should have reprimanded Wanjigi instead. Also, there is no evidence to show that Wanjigi has appealed to have the license reinstated. I am ready to go to jail," said Kinoti.