• The man died after drinking a concoction of herbs allegedly administered by the herbalist to treat some ailment. 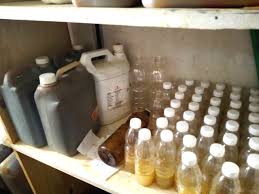 A 52 year-old female herbalist has been charged with murder after she administered herbal medicine to a Sudanese national resulting in his death.

Ann Mosop denied charges of killing her client when she appeared at the High Court in Eldoret before Justice Eric Ogola.

The accused pleaded innocent to charges of murder of her client Maketh Kuany Chol, of Sudanese descent on October 23, 2021, at Kapsoya in Ainabkoi sub- County within Uasin Gishu County.

The man died after drinking a concoction of herbs allegedly administered by the herbalist to treat some ailment.

The herbalist who hails from Marakwet East, in Elgeyo Marakwet County, took plea after a mental assessment done at the Moi Teaching and Referral Hospital indicated that she was fit to stand trial.

Athlete Agnes Tirop's lover to be charged for murder