'An hour later...they stabbed him on the neck,' father mourns son

Piece by: KNA By Geoffrey Satia 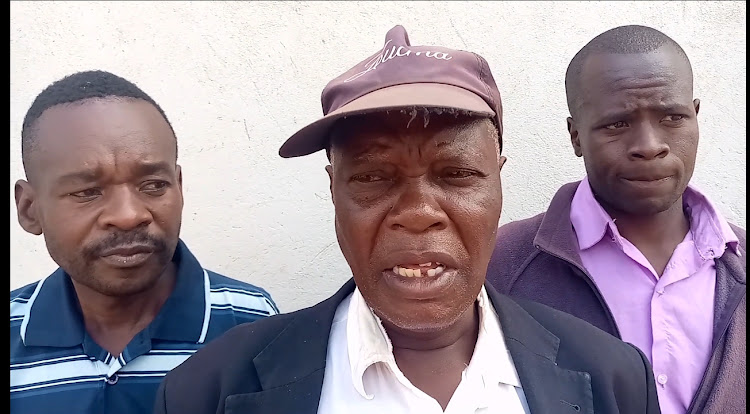 A 22-year-old man was killed after he was attacked by an armed gang at Mlimani Junction, in Mautuma location, Lugari sub-county in an incident that pushed angry residents to torch three houses in what is believed to be a revenge.

The deceased’s friend Edwin Jumba told KNA that they were on their way home from Panpaper market with his friend Rolex Sagwa at around 7:30 pm when they were attacked by a group of three men armed with crude weapons who started beating them mercilessly before stabbing his friend to death.

"We were dropped by a boda boda at Mlimani Junction where we bought chips and decided to eat as we walked back home, however, a few meters from the junction we bumped into a group of three men who were armed with clubs and knives, they attacked us without any reason," shocked Jumba explained.

Jumba said as they tried to escape from the gang, Sagwa slipped and fell with all the three men descending upon him with the clubs before one of them removed a knife and stabbed him on the neck killing him on the spot.

According to the deceased’s father Kevovwe Ombuge, his son left home to get medication for his sick mother but he never came back.

“An hour later, I was shocked to get news that my son had been attacked and murdered by a group of three people. They were armed with crude weapons. They stabbed him with a knife on the neck,” he noted.

Residents led by Harun Mburu are disturbed by rising cases of murder among the youths.

“Youths should stop using drugs and taking the law into their own hands. When a dispute arises, you need to seek guidance and counselling instead of resorting to killing or fighting,” he noted.

A local businessman Wangila Smith claimed that the gang of youths has been terrorizing business people and stealing valuables from them. He said that the increased insecurity is discouraging investors from setting up businesses in the area.

Wangila called on the government to urgently address insecurity in the area.

Elvis Liyayi asked the authority to speed up the investigation and ensure the family gets justice following the death of their kin by apprehending the suspects who are at large.

The incident prompted residents to storm the suspects’ homes baying for their blood and torched their houses after failing to get them. 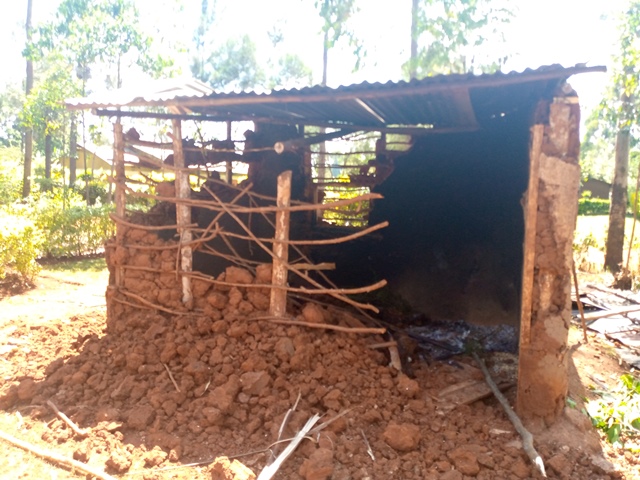 One of the suspects houses torched by angry residents.
Image: Geoffrey Satia

Ngungu however wants the locals to report to the authorities individuals suspected to be engaged in criminal activities.

Mautuma location chief Pamela Kulali also urged residents to look for an amicable way of settling their differences instead of taking law into their own hands.

This comes after Lugari Sub-County Assistant County Commissioner told civil servants in an NHIF sensitization forum in Lumakanda that mental health issues are pushing up cases of suicide and other crime related activities in the area.

'Don’t sell to him!' reveler's last words before being stabbed to death

“The body had stab wounds on the head and chest. It was reported that the deceased was taking beer at the said bar, when Ole Sito entered and asked ...
Crime
2 weeks ago