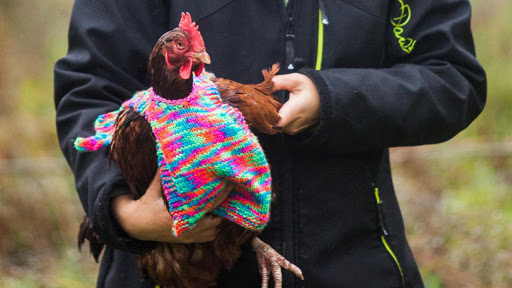 A 38-year-old man was allegedly killed after a dispute over a missing chicken turned tragic at a village in Rangwe Sub County.

The deceased identified as Stephen Omala was hacked before he succumbed to his injuries after a niece with whom he was involved in a violent altercation over a missing chicken overpowered him.

The incident occurred in Kowuor Bondo Village, Korayo Sub-location after the deceased went to enquire about her missing chicken at his brother’s homestead on suspicion that someone could be hiding them there.

According to the Assistant Chief of Korayo, Alloys Odhiambo, Omala suspected that someone was stealing his chicken and taking them to his brother's home where he pursued the matter before he picked an argument with his niece over the issue.

“The confrontation later degenerated into a physical fight before the young woman overpowered his uncle cut her uncle’s hand with a machete causing excessive bleeding that might have led to his collapse and subsequent death," he said.

Chief Odhiambo said after the incident, the deceased who at the time was bleeding profusely returned to his home but collapsed due to excessive loss of blood and died before his wife mobilized neighbours to take him to hospital.

He said he liaised with police who have launched investigations into the incident. The administrator urged residents to desist from domestic violence.

"Domestic must be avoided at all cost. Let people follow the law when aggrieved," Odhiambo advised.

The woman was arrested moments later and taken to Homa Bay Police Station as investigations began.

The court heard that the little girl found Kinoti having stabbed his father in the face and tried to intervene but was accidentally stabbed on the ...
Crime
3 weeks ago