• The soldier made fun in a group of nine colleagues through a Facebook post in which they laughed over the crime. 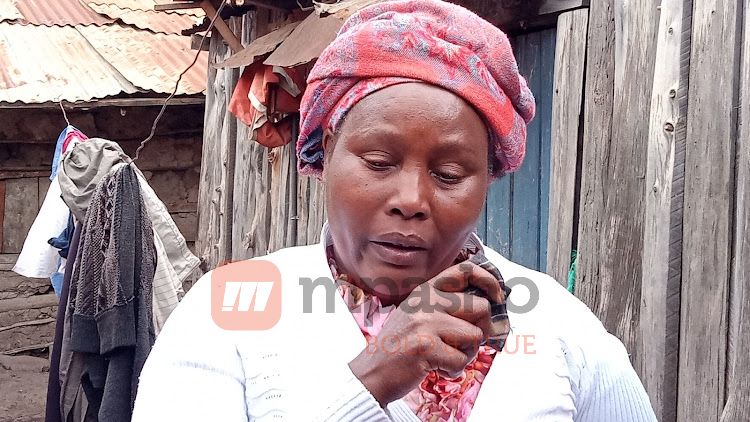 A British soldier who allegedly killed a Kenyan sex worker in Nanyuki in 2012 made fun of the murder with his colleagues on social media, a report by a UK-based newspaper has revealed.

Sunday Times newspaper reported that the soldier, whom it calls soldier X, made fun in a group of nine colleagues through a Facebook post in which they laughed over the crime.

Agnes Wanjiru who was 21 at the time, worked as a sex worker to fend for her only daughter in Nanyuki.

On March 31, 2012, she entertained the soldier who is a member of Duke of Lancaster’s regimen. They spent the evening at the Lion Court Hotel bar.

Her decomposing body bearing stab wounds would be found three months later in a septic tank at the hotel.

But the report shows that the soldier allegedly posted two pictures on social media, showing the outside the hotel establishment.

“They were accompanied by captions ‘if you know, you know’ and the soldier tagged a number of the squaddies to notify them,” the paper says.

The suspected soldier is said to have explained to a colleague that he accidentally killed Wanjiru by choking her at the heat of having sex.

He is reported to have said that in reflection, he “gets all choked up thinking about that place” and that “come to think of it, I have had a sore throat today.”

The paper reports that the suspect soldier had turned to play victim, accusing his colleagues who questioned his involvement in the crime as bullying him.

“If anyone was bullied in that regiment, it was not [soldier X]. No, definitely not. That’s a lie. He wasn’t bullied,” one of his colleagues told the paper in rejecting the affected soldier’s victimhood.

The paper reports that when the suspected soldier was confronted with the social media post last week, he declined to comment.

The outlet says the soldier had previously told it that he was not surprised that some of his colleagues believed he was responsible for the murder, saying that “there was a rumour going around for a long time, which was actually borderline bullying.”

“But there is nothing you can do when you are in the military, and people say stuff like that, but honestly, it's full of lies,” he said.

Asked to confirm or deny whether he remembered being at the hotel on the said date, the soldier refused to answer, saying he won’t talk about the subject unless he was in the company of his lawyers.

The paper had also reported that another soldier, code-named Soldier Y, had claimed that soldier X had “rushed into the bar where members of the regiment were drinking on the night of March 31, 2012, and confessed to having killed a sex worker.”

The Soldier Y also claimed that the suspected soldier led them to the septic tank where he had disposed of the body.

Soldier Y would then report the matter to a senior officer but nothing happened.

The details emerged even as the Inspector General of Police Hillary Mutyambai announced on Monday that the police will reopen investigations into the murder.

Mutyambai said he had directed DCI boss George Kinoti to reopen the case and launch investigations in a bid to collate the available evidence to serve justice to Wanjiru’s family.

“I have directed the DCI to reopen the case and compile all the available evidence and witness accounts and ensure that the case is concluded before a court of law,” Mutyambai said.

A judicial inquest headed by judge Njeri Thuku concluded in 2019 that the mother of one had been murdered by one or two British soldiers.

She ordered two further criminal inquiries, but the military took no action.

UK's Ministry of Defense on Monday welcomed the announcement by the IG, saying that the department stands ready to cooperate with Kenya in going after every fact in the case in search for justice.

"The UK stands ready to support all requests as we have done since day one," the ministry's spokesperson said.

"As with other investigations we always work in partnership with the Kenyan police and subject to international and judicial processes our help will always be forthcoming".

Kenyan police are alleged to be slow-walking the probe due to the fear aggressive investigations would put the ‘strong bilateral relations between the two countries into jeopardy.’