Piece by: KNA  By Samuel Waititu 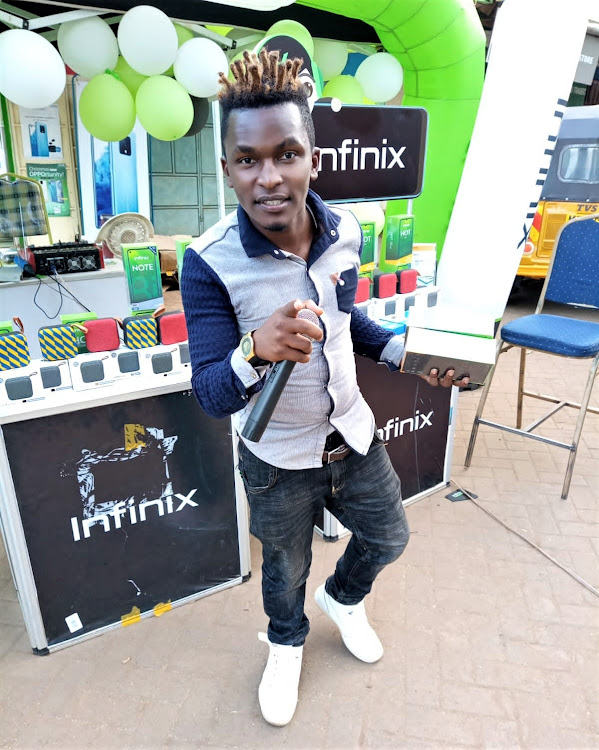 A family in Embu Town is crying for justice following the mysterious death of their kin who was a renowned master of ceremonies (MC).

The rising star of 25-year-old Newton Mugendi popularly known as MC Newto was killed on the night of Monday, October 11 after he was stabbed by an unknown assailant and later succumbed to the injuries the following day while receiving treatment.

The family was informed that he had been spotted lying on the veranda of a shop in nearby Dallas Estate.

His mother, Janet Karimi, said by the time they got to him, he was unconscious though his heart was still beating faintly and also had his head stitched and an intravenous (IV) fluid bottle beside him an indication that he had been taken to hospital.

“It is a mystery to us how he found himself on the shop veranda yet there are clear indications that he had been taken to hospital going by the stitches on his head and the dripping water,” his mother said.

She said they took him to Karira Mission Hospital where he was admitted to the Intensive Care Unit (ICU) and died an hour later at around 10 am.

Family and colleagues spent the better part of Friday afternoon recording statements with Directorate of Criminal Investigations (DCI) officers at Embu Police Station where they demanded prompt and thorough investigations to be carried out and have the culprit(S) brought to book.

“We will defer his burial slated for Tuesday next week for as long as it will take until we know who killed him and the motive behind,” said youth leader Dennis Macharia.

He said that they had not received any report on progress made by the police with regard to the death of their colleague and threatened to hold demonstrations on Monday next week if no progress will have been made by then.

“We are saying that if there will be no new development by Sunday, we will hold a massive and peaceful demonstration on Monday demanding justice for Newto,” Macharia said.