Mystery of body found in it's maize plantation grave (Photo) 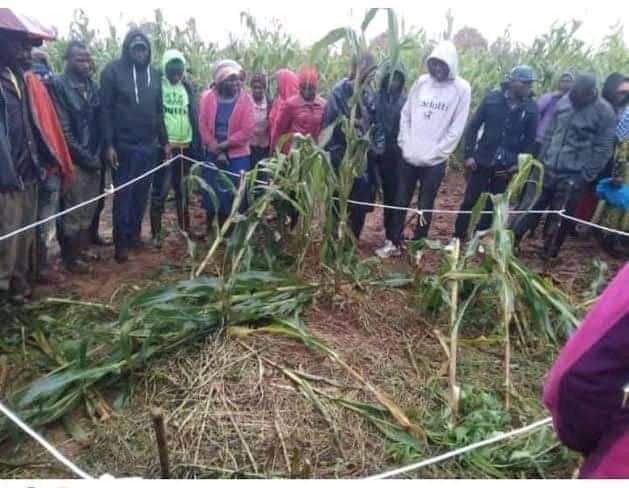 Villagers gathered at the scene of the crime where a 24 years old man was found murdered.
Image: KNA

Two men are being held at Kapcherop police station in connection with the murder of a 24-year-old man who was found dead in a maize plantation at Kaptega village, Chebororwa sub-location in Marakwet West Sub County.

The victim whose body had cuts on the head and face was found by the villagers in the maize plantation.

They reported the matter to the area assistant chief Joram Kipruto.

Confirming the incident, Marakwet West Sub County OCPD John Matasi said the murdered man is believed to have been killed using a panga that was found a few meters from where the lifeless body lay.

It is suspected that the two men in police custody were involved in the crime and will aid the police with further investigations.

The body of the deceased was taken to Kitale mission hospital mortuary for further analysis.