• Before her death, Monica had bought her mum a Subaru Imprezza. 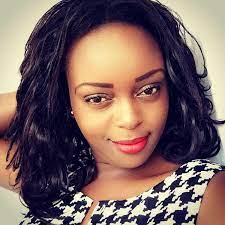 In 2018, businesswoman Monica Kimani was killed in a cold-blooded murder in the Kilimani area.

The murder case is still ongoing, with the main suspect being Joseph Irungu alias Jowie.

After 2 years behind the bar, Jowie enjoys his freedom as he was released on bail.

For Monica Kimani's family, the memories of their daughter are fresh, with nothing to celebrate. They have never hosted an anniversary to celebrate the life that Monica lived.

In an interview with Nation, Monica Kimani's family expressed how her mother, Mirriam was badly affected by her death.

Mirriam has only been to Monica Kimani's grave only once.

Before her death, Monica had bought her mum a Subaru Imprezza.

However, after the burial, the mum refused to drive the car and asked her brother George to sell it.

For Monica Kimani's brother, the death of his sister still lingers in his mind and is never comfortable being around the Kilimani area where his sister was killed.

"The most memorable one was when I was in a supermarket and the attendant wanted to wrap a product using a newspaper page with my sister's face on it. I asked for the paper and dumped it in the bin outside," George said.

To his father, Monica was cherished, beautiful, and sharp.

The prosecution said Jowie got into a fight at club 1824 in march this year while out on bail.
Exclusives
8 months ago