• The fishermen had gone fishing for Omena near Ngodhe Island when they pulled a heavy metallic box containing the explosives. 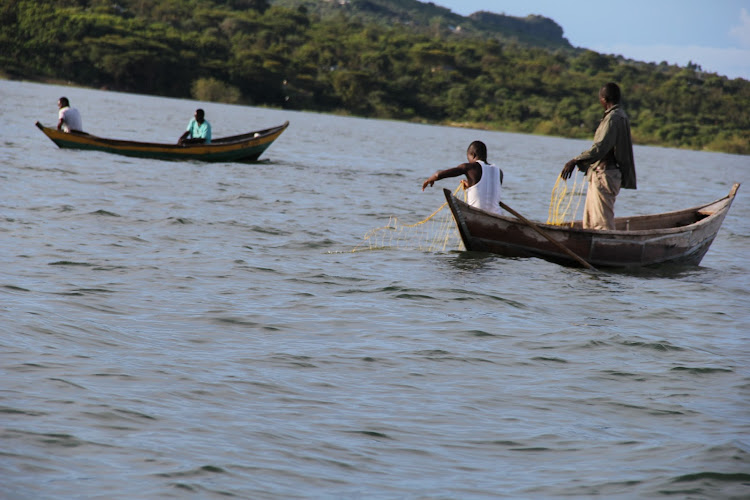 Five bombs were discovered by fishermen on Thursday morning in the waters of Lake Victoria at Litare beach in Rusinga Island within Homa Bay County.

According to the area Beach Management Unit (BMU) chairperson Isiah Ochieng, the explosive devices were discovered by a group of fishermen who had been on their daily fishing expedition.

He explained that the fishermen had dropped their anchor in the water to support their boat when they realized it was abnormally heavy upon retrieval, making them excited about a possibility of a huge catch.

“The fishermen had gone fishing for Omena near Ngodhe Island when they pulled a heavy metallic box containing the explosives, which they had caught using the boat anchor. At first, they believed the heaviness was as a result of a huge catch,” explained Ochieng.

Ochieng further said that he was immediately called by the fishermen to the scene after which he informed police officers from Mbita police post.

The chairperson, however, expressed concern on the frequency with which fishermen in the region discover explosive devices saying that was the third time in a span of three months that such an incident had occurred on the same beach.

Mbita Sub-County Police Commander Stanley Atavachi, who also confirmed the incident, said the bombs are currently in safe custody and will be dismantled by experts.

He further assured that investigations on the incident are underway.

Jalang'o narrates how his employees robbed him, forged a cheque under his name