• Family members of the slain four have since called for the arrest of more suspects involved in the murders. 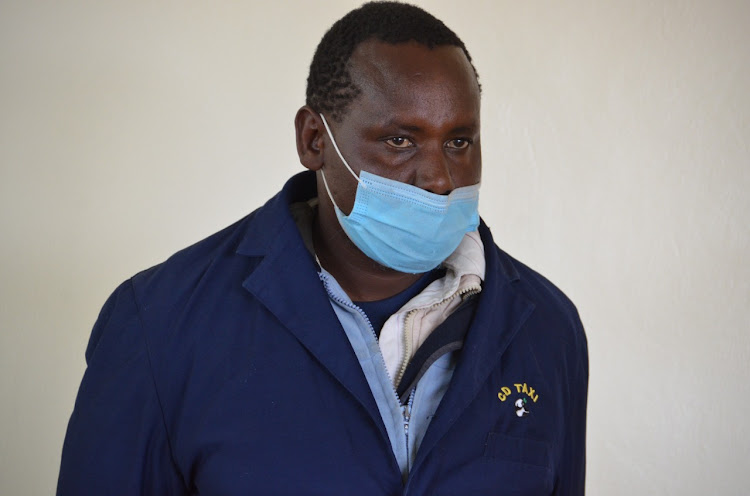 Benso Melonyie ole Mungai, a suspect in the murder of four men in Kitengela.
Image: Courtesy

A prime suspect in the murder of four men in Kitengela town on Thursday pleaded not guilty to the offence at the Kajiado High Court.

The suspect, Benson Melonyie ole Mungai (40), appeared before Kajiado High Court Presiding Judge Chacha Mwita, where he was charged with murder contrary to Section 203 as read with Section 204 of the Penal Code (Cap. 63) Laws of Kenya.

According to the charge sheet, on August 8 at Mukamurieki village in Kitengela township of Kajiado, jointly with others not before court, Mungai murdered Micah George, Nicholas Musa, Victor Mwangi and Fredrick Mureithi.

The judge directed the hearing of the case to commence on October 10, 2021.

The four men: two brothers Fredrick Muriithi and Victor Mwangi alongside their friends Micah George and Nicholas Musa were killed by a mob on August 7 in Kitengela in a case of mistaken identity.

The four had left their Syokimau home on August 8 while riding on three motorbikes to attend a birthday party in Isinya town where they spent the night.

However, they were ambushed and attacked on Sunday night as they returned to Syokimau by villagers who accused them of being livestock thieves.

According to their relatives, the quadruple had stopped to repair one of their motorcycles when they were attacked 20km from Namanga Road.

A post-mortem examination at the Nairobi City Mortuary by Chief Government Pathologist Johansen Oduor showed they suffered sharp object injuries that pierced into their heads.

Family members of the slain four have since called for the arrest of more suspects involved in the murders.

Lucy Wanjiru, the mother of the two brothers Fredrick Mureithi and Victor Mwangi said Ole Mungai alone could not have killed the four men by himself. She urged the DCI to bring to book all those involved in their murders.

Jalang'o narrates how his employees robbed him, forged a cheque under his name