Justice at last! Kitengela 4 murder suspect to be charged 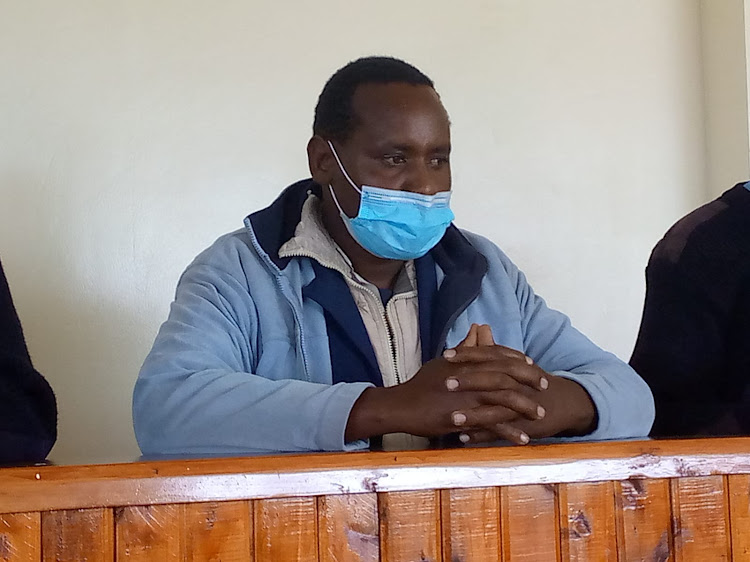 Benson Mungai should be charged with murder

The prime suspect in the Kitengela Four murders will take a plea before a High Court judge in Machakos on September 9.

This is after the prosecution told the court it completed investigations.

Representing the Director of Public Prosecutions, Nkirote Mureithi, informed the Kajiado court that Benson Mungai should be charged with murder contrary to Section 203 as read with Section 204 of the Penal Code (Cap. 63). Laws of Kenya.

Mureithi gave the particulars of the case that on August 6 at Mukamurieki village within Kitengela Township in Kajiado, jointly with others not before the court, Mungai murdered Micah George, Nicholas Mula, Victor Mwangi and Fredrick Mureithi.

"Freddie, you told me you might not attend the birthday ceremony instead you will go to church, little did I know that it was the last moment I could ...
Lifestyle
3 weeks ago

'My heart is broken. This load is too heavy...' Victor Mwangi's mum mourns his death

Kajiado Principal Magistrate Irine Kahuhia directed that the suspect be arraigned on September 9 and requested the state to provide a lawyer.

Kahuhia directed that the suspect be detained at Kitengela police station as arrangements are made for him to be taken for a mental test at a government facility.

The mother of two brothers among those killed in Kitengela, Lucy Wanjiru, said he wants the case to proceed to a full hearing in Machakos.

“The faster this matter is concluded, the better. I am of the opinion this case has taken unnecessarily too long and yet the police have not arrested the accomplices of the suspect in custody,” said Wanjiru.

She is the mother of Mureithi and Mwangi, who were killed by the residents Mukamurieki with George and Mula on suspicion they were cattle rustlers.

Wanjiru was accompanied by her brother Joseph Macharia, while a brother James Onduso, of another victim in the Kitengela murder, George also attended court.

Onduso said it had already taken 25 days before the police completed their investigations.

The mother of two of the lynched Kitengela Four made a bonfire of their belongings, hoping the flames would cauterise her grief and anger.Lucy ...
Entertainment
2 weeks ago