• The lost money and failure to win Bessy’s heart saw him unleash death threats by telling her that he will remove Bessy’s head or her child will get lost. 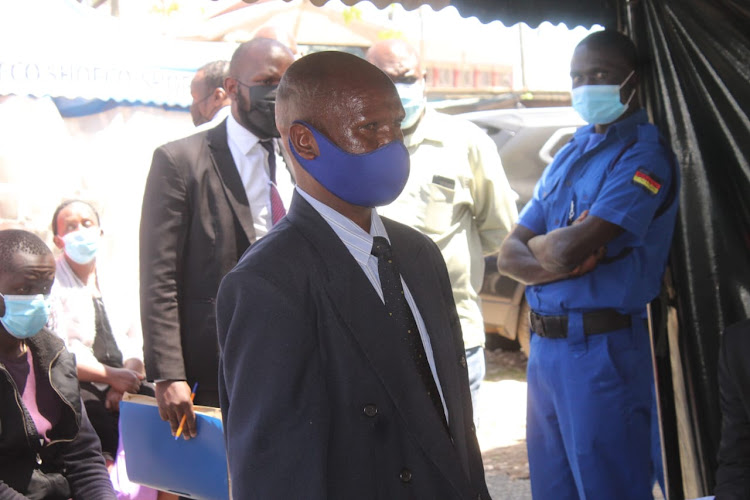 A woman who had been threatened by a male church member has moved to court to sue him following remarks he uttered towards her.

This was after she failed to fall into his love trap even after he allegedly sent her money.

Joel Mecha Nyagathi denies threatening to kill fellow worshipper Bessy Gacheri Murungi by willfully and unlawfully telling her that he will remove her head on 3rd August at Ngina road in Nairobi’s Riruta area.

On the stated day, Mecha is claimed to have requested Bessy to meet him in town CBD area to collect a cheque for the church rent.

She complied and she was handed over the cheque of Sh, 10,000 from Equity bank which she gave out to the church leadership.

The following day, Mecha send her sh, 1000 through an M-Pesa account and later informed her that the money was a token of appreciation for accepting to collect the cheque.

A week later, he started making calls to Bessy late at night making her uncomfortable.

She however warned him against calling her at night instead of daytime. Tactically, he hatched a plan and he enticed her that they should meet because he had something to share with her at his house.

Bessy then went to his house and he told her he loves her and that was the reason he chose her to go pick the cheque. Feeling uncomfortable, she turned down his overtures because of his age and respect.

Feeling disrespected, she dared to inform the church to refund back his money if that was the case before leaving his house in haste. She later blocked his calls a move that made him label her a swindler.

The lost money and failure to win Bessy’s heart saw him unleash death threats by telling her that he will remove Bessy’s head or her child will get lost.

The chilling threats made her report the matter to authorities who started probing the matter before his arrest.

He denied the accusations in court and was granted cash bail of Sh, 15,000 pending mention on September, 6th.

Wife of killer cop narrates what he said after killing girlfriend

Sivo called her that night, confessing his mistakes.
Crime
1 month ago