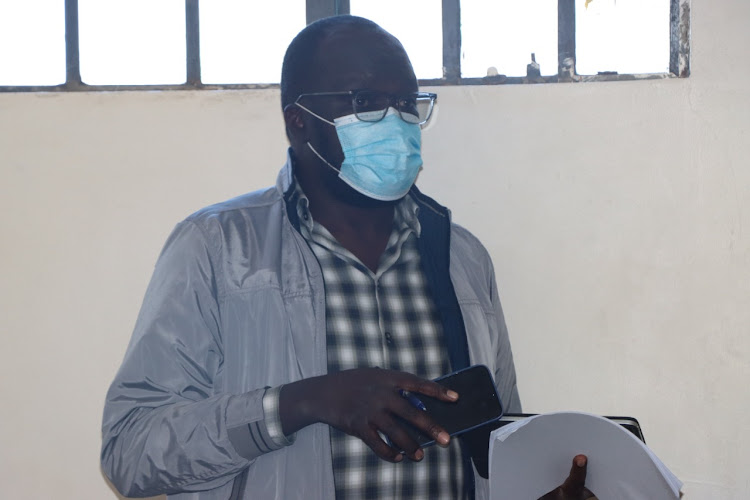 The assault case in which musician Alex Apoko alias Ringtone and blogger Robert Alai has taken a new direction after Ringtone yesterday asked a Kibera magistrate to cancel Alai's bond over some tweets he feels are defamatory.

Ringtone through his lawyer Evans Ondieki in an application filed electronically says that Alai has linked him to gold fraud and an international car theft syndicate contrary to the law through another blogger.

“The blogger also abused and insulted the complainant alleging that he is involved in an international or car theft syndicate and uses music as a cover-up. The respondent’s (Alai’s) conduct is an affront on the rule of the law and due process,” the application states in part.

He wants Alai to be put behind bars claiming he is threatening him and his witnesses, and undermining the court ahead of hearing set to kick off on September 24.

He wants Alai to prove to the court why he should not be held in contempt of court and jailed for a period not exceeding six months.

Ondieki on behalf of Ringtone told the court that Alai is using proxies and agents to publish malicious information about him and the court which is malicious.

Ondieki told the court that defamatory posts on Twitter have been made by blogger Abraham Mutai whom he believes is a surrogate of Alai and one of his agents.

In one of the tweets, Mutai links Ringtone to popular gold fraudsters including one facing murder charges and goes ahead to claim that Ringtone’s wash –wash and fake gold deals are being covered by a lawyer. He also asserts that police and Interpol are aware that Ringtone is driving stolen cars.

This happens after the court last month released Alai on bond and warned him against publishing any information about the case either directly or by the use of proximities.

Alai has been charged with causing Ringtone grievous harm and released on a cash bail of Sh 300, 000 or a Sh1 million bond and is out after compliance with the terms. The application to cancel the bonds will be heard after lawyers are notified by court.

Alai was charged with a second count of damaging Ringtone's windscreen, valued at Sh 416, 000.

He denied both the charges and was released on Sh1 million bond or a cash bail of Sh 300,000.

The case will be heard on November 24.

Trevor, who has been moderating heated political debates on TV feels like Kenya needs youthful representatives.
Exclusives
3 weeks ago